A Scooter battery meter grows into something a little bit crazier!

It seems as if the best projects start out as a seedling of an idea and then grow into something much more. This project is one of those - the Scooterputer. 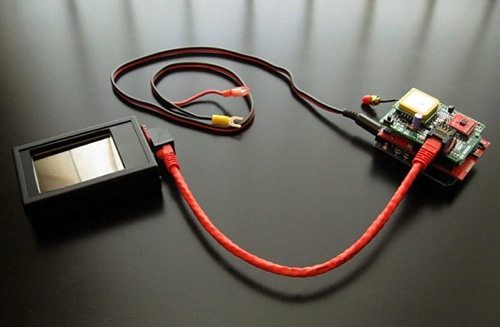 This project from SparkFun customer Kurt Schulz began when Kurt wanted to add a voltage meter to his scooter to monitor the battery. He often zips around town on his bike and would rather have an accurate reading of his battery level than simply guessing when his starter wouldn't crank - makes sense, I'd say. As is the case with most electronics tinkerers, Kurt didn't stop there. He added a temperature sensor....and an accelerometer...and GPS...and a real-time clock module...and, oh yeah, a cell phone module - all harnessed through an Arduino. What he ended up with was something like this: 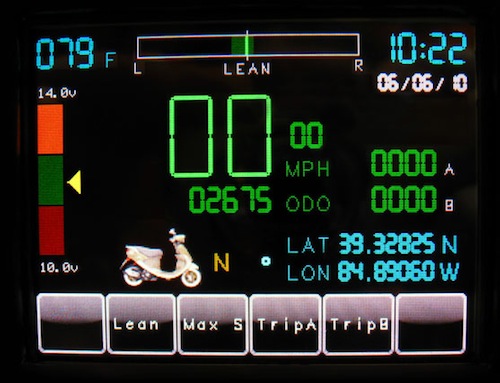 This thing is awesome. Not only does it tell Kurt how much juice his battery has, but it also does the following: 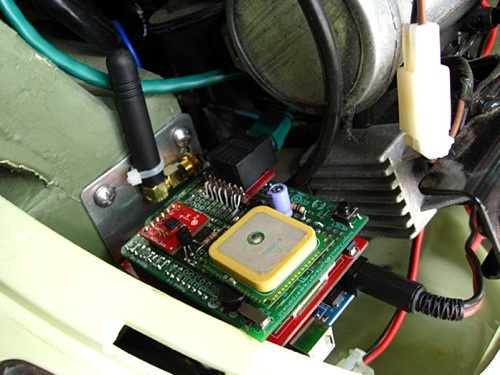 If someone attempts to "borrow" his scooter without permission, he'll get a text telling him where it is, how fast it's going, and in what direction. Amazing. He can also send a text from another phone and the Arduino will reply with information like position, speed, heading, time and date. This is a great combination of different technologies all wrapped up into an incredibly useful project. 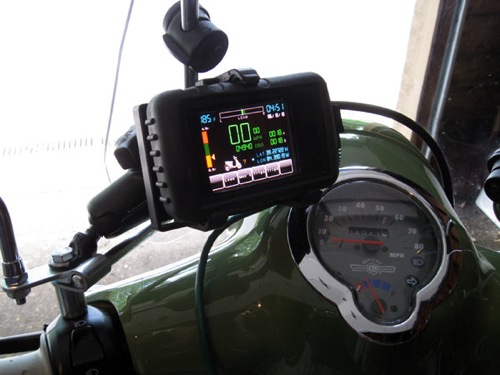 Kurt didn't stop there, but added a very slick enclosure and did an outstanding job of mounting up his device. Amazing work! Keep an eye on Kurt's blog to check out his future projects!