Learn about Jaime Carrejo's installation "Waiting," and how we went about building a kinetic installation art piece.

Last winter, I spent many late nights at my friend Trey’s new studio and workshop after my workdays at SparkFun. He had pulled me onto a project to design and build some motor systems for an upcoming installation for his colleague Jaime. Jaime’s piece Waiting is currently at the MCA Denver until August 22.

Jaime Carrejo is a prominent figure in the Denver art scene. He’s a professor and chair of Fine Arts at the Rocky Mountain College of Art and Design and is an artist in residence at TANK Studios. He works with unique materials such as poured acrylic paint, vinyl and rusting oxidation paint, often layering them to create paintings, sculpture or immersive installations. His work largely explores themes such as immigration, place, identity and nationalism. He uses intricate patterns, graphic landscapes and barrier iconography to reflect on his diverse cultural heritage.

In his newest installation, Jaime explored the dimensions of waiting. This piece was born out of the waiting around and uncertainty during the lockdowns due to the Covid-19 pandemic. The installation occupies the basement of the MCA and a multi-story foyer. It consists of multiple paintings, custom wallpaper, a seating area, a curated soundtrack, and kinetic sculpture. The piece resembles an interior waiting room and exterior courtyard, spaces in which we pause for an unspecified amount of time. This multi-faceted installation explores the relationship between confinement and duration, place and identity, anxiety and hope. 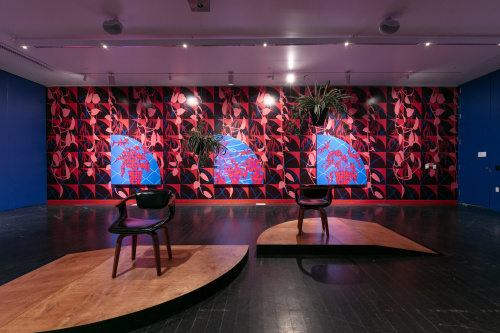 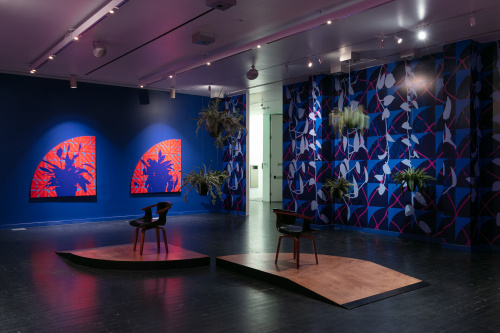 For Jaime, as for everyone I think, home became a place of protection and confinement during lockdown. He became fascinated with his houseplants, documenting their state, and observing his relationship with them. Plants are a great marker of time and he observed its passing. Time is our most valuable resource and Waiting explores what we give our time and attention to. The distorted soundtrack adds to the feeling of disorientation and uneasiness that was prevalent during this last year for many of us. Jaime also leverages the use of simultaneous contrast; striking hues of red and blue are used in his paintings and wallpaper designs, which are reminiscent of sunrise and sunset - bookends to the day, marking what we all hope will be the end of an era. 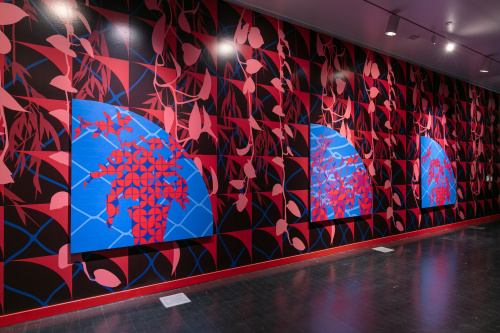 In my opinion, the best feature of Jaime’s Waiting are the moving plants, but I’m biased of course. During the pandemic, his house plants became a barometer for level of distraction and deep care for things. He utilized the light and dark, high contrast areas of the MCA basement space to represent the emotional high and low points of the pandemic experience by having the plants travel through them as we all did. The movements were carefully choreographed and scattered so that the viewer is taken off guard by their motion. It’s mostly a period of waiting with occasional movements of hope. 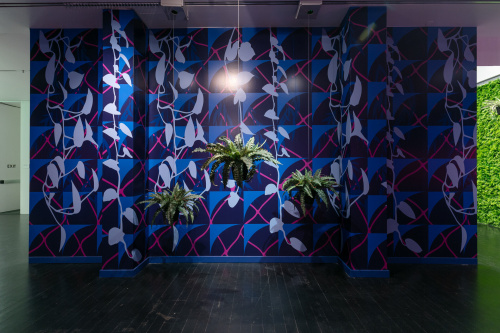 So what does it take to build an installation piece like this? Well, artistic skill and creative vision is a must, but for starters, here are the SparkFun products I used to build these motor systems:

The SparkFun RedBoard Qwiic is an Arduino-compatible development board with a built in Qwiic connector, eliminating the need …

The Big Easy Driver, designed by [Brian Schmalz](http://www.schmalzhaus.com/), is a stepper motor driver board for bi-polar s…

Stepper motors are great motors for position control. They can be found in desktop printers, plotters, 3d printers, CNC milli…

Screw Terminal 3.5mm pitch pins with slide-locking together to form any size you need. Rated up to 125V @ 6A, and can accept …

This 2A "laptop brick" supply outputs both 5V and 12VDC and is terminated with a 4-pin ATX connector.

I hear we might have a kit coming together to support a Big Easy Driver stepper motor system like this, so keep an eye out for that!

If you’ve read my last blog post, you know this isn’t my first experience with kinetic sculpture. Like before, I started with gear motors because of their high torque capability, but eventually opted for stepper motors for their increased accuracy and the hope of programming a homing sequence. After some testing, I encountered strange free fall issues I couldn’t quite pin down - maybe the step wasn’t catching? I slowed down the steps per second and honed in on a low stepper current using the trimpot of the BED. This also helped with the vibration/sound at resonant frequencies, and we were lucky that this speed worked with Jaime’s vision and intention for his piece. 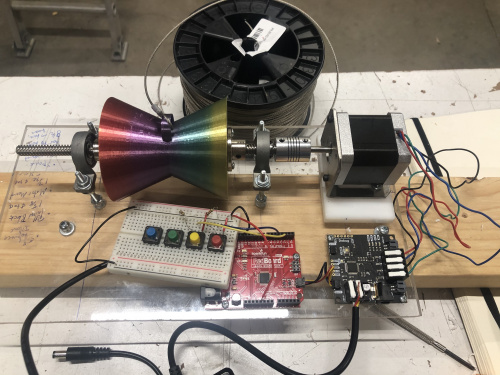 After all this troubleshooting, the accuracy of the stepper motor still wasn’t good - motor step accuracy is dependent on drive current. The number of steps needed to lower the full amount was different from raising, depending on if the movement was in the same direction as gravity. We had to avoid the possibility of the plant raising all the way into the spool at all cost, so it took careful measuring and calibration to solidify the correct step sequence. We proceeded to stress test the prototype, running it for multiple days straight. I added in the programmed holds and plant choreography as Jaime defined using the handy Accelstepper library. Then Trey took over and finalized the mechanical design and alignment, 3D printed spools, and built the enclosures. We repeated the build process nine more times and just like that, we had an installation art piece! It moved reliably and as intended and could withstand the long museum hours and duration of the show. 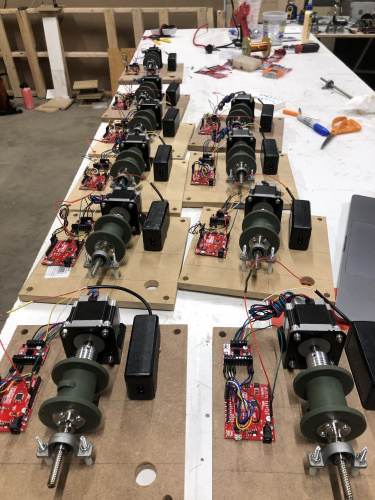 This job was really a labor of love. Working with one of my friends and practicing my engineering skills while making art is what I enjoy most. I feel so honored to be a part of the making of Waiting -- a special and meaningful art piece that serves as a marker of a time period we’ve all lived through, and hopefully we’ve made it out to the other side. If you’re a local, make sure to check out the current exhibits at the MCA and spend some time waiting. 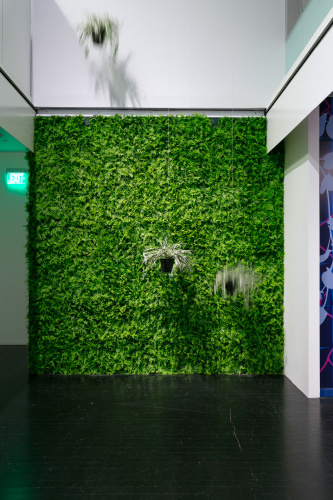 There's Something About LoRa

Eight Tips to Ensure Your Hardware Startup will Succeed