New Product Friday: Get Under Control

A new motor, camera, and remote! What's not to like about this week's new products?

Welcome back everyone! Exactly seven planetary rotations have occurred, and we have new products. We have a little something for everyone this week, so check it out.

The new camera module for the Raspberry Pi was pretty interesting to play with. We're still working on a few demos, but we've already hooked it up to a telescope and a microscope. It's a versatile module and the price is right. 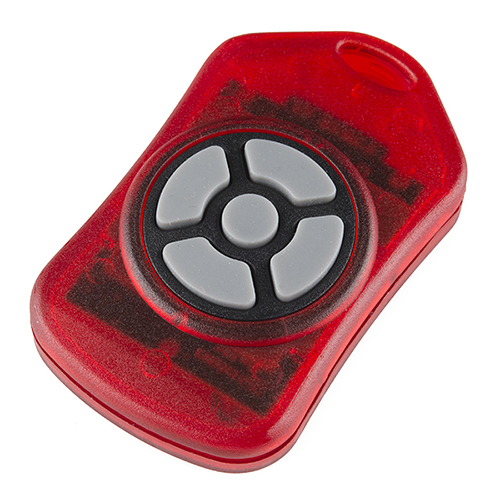 It seems that almost everything has Bluetooth connectivity these days. Why create your own remote control from scratch when all you need is a simple handheld remote with a few buttons? The iMedia Remote is a simple Bluetooth remote with 5 buttons. Turn it on, pair it with a device, and you have a handy remote control. It even has a built in battery charger for the internal lithium polymer battery. 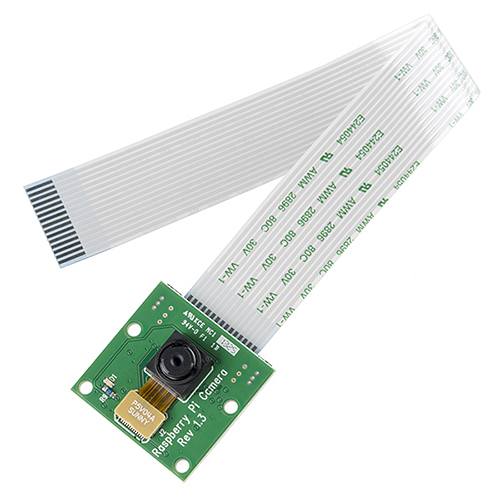 People are using their Raspberry Pis for just about everything - the possibilities are nearly endless. With the introduction of the Raspberry Pi Camera Module, now you can easily use your Pi for imaging. The 5MP camera is capable of full 1080P video as well as still images. There's even a good amount of image processing/adjustment commands that you can play around with. 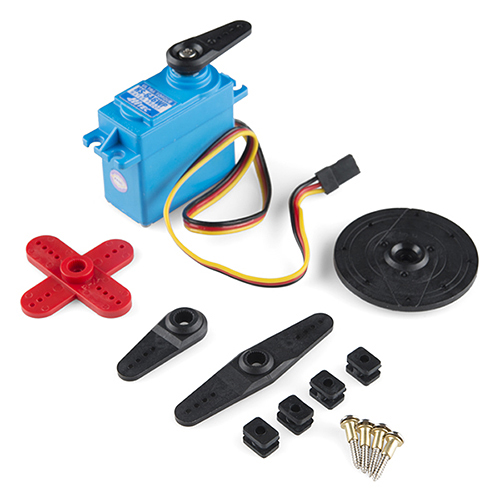 I'm not sure why, but electricity and water aren't the best of friends. Get them together and watch the sparks fly! But what if you need to move something when water is present? Don't worry, we got you covered. Check out the new HS-646WP from Hi-Tec. It's a standard sized servo that carries an IP67 rating, which means it can handle immersion up to 1m. Maybe next year we'll do a water course for AVC. 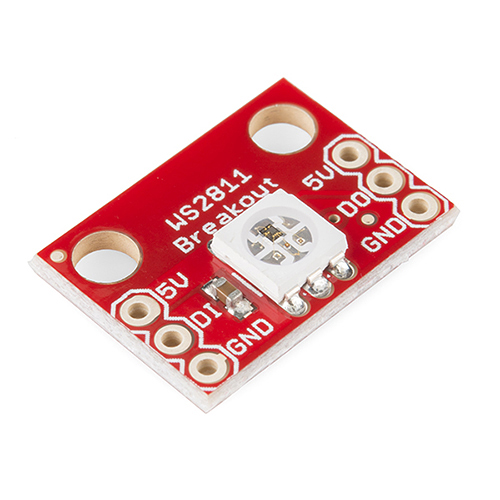 People seem to like LEDs. People seem to REALLY like addressable LEDs. So what's not to like about the new WS21812 breakout? The WS2812 combines a surface-mount RGB LED with a WS2811 addressable LED driver IC that's INSIDE the LED. Check out the picture below. These can be daisy-chained together for some pretty cool applications. 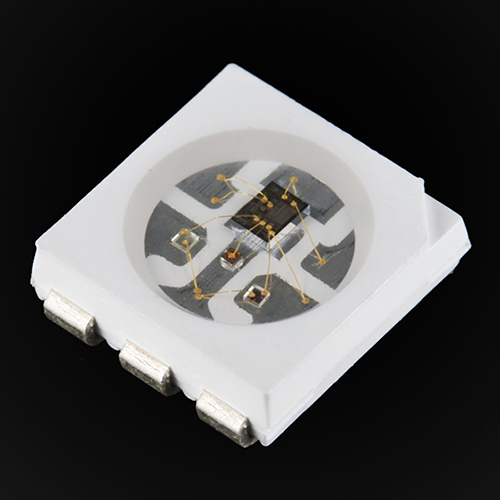 Want just the bare LED? We got that. Put this on your own board, flexible PCB strip, or whatever. These LEDs allow you individual control without any extra circuitry. 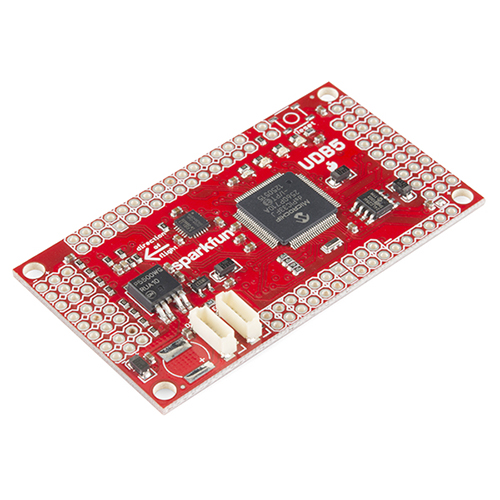 And lastly, we have a new version of the UAV Development Board. We've made a few changes with the UDB5, we've removed the MMA7361 three axis accelerometer, the dual axis IDG500 gyro, and the single axis ISZ500 gyro and moved to an MPU-6000. The PCB form factor hasn't changed. If you like, you can add a reset button and/or a 0.2F super cap.

That's all I've got for this week. As I'm typing this, more stuff is coming in. As always, be sure to check back next week for more new stuff. Thanks for reading!