AVC Is Just Around the Corner!

AVC is almost here - are you ready?

Hello AVC Fans! As you know, the SparkFun Autonomous Vehicle Competition 2014 - or AVC 2014 - is quickly approaching. It’s next Saturday, the 21st, at Boulder Reservoir, here in sunny (hopefully!) Colorado. 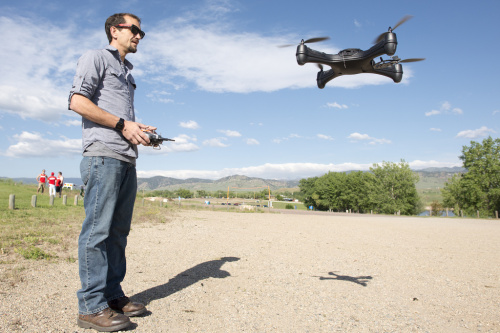 We wanted to remind you that this is a free event that is open to the public and we’d love to have to you! If you’d like to join us, please register at our spectator registration page here.

AVC will open to the public at 9 a.m. but teams are welcome to arrive as early as 7 a.m.. There will be three food trucks on site and two of them will be serving breakfast, so don’t worry about eating, just come on over to the res! We'll have Bon Appetite Mobile Bistro, Bodacious Eats and Gotta’ Rub It BBQ on site all day serving up fresh grub to keep you strong while you watch the robot-mayhem. These food trucks serve SparkFun lunch every week and they are the best of the best in Colorado! 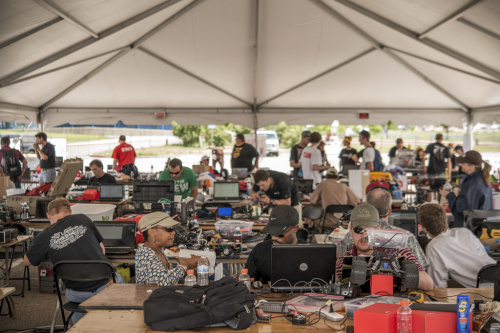 Atmel will also have their Tech on Tour Mobile Training Center, a 75-foot electronic wonderland on wheels at AVC. They will have cool demos and some impromptu training and seminars given by Atmel’s microcontroller experts. The demos will include some of the latest development boards from Atmel along with some cool wireless and touch technology.

Atmel’s visit to SparkFun has been long overdue and we want to make sure everyone gets a chance to interact directly with some of the experts from Atmel’s microcontroller group! 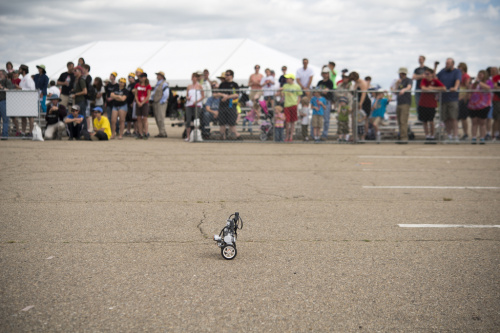 We will also have LulZBot (Aleph Objects) on site demoing the Taz 4! Aleph Objects are a local (to SparkFun) 3D Printer manufacturer and so much more! They believe in the philosophy of “Libre Innovation,” which means the hardware and software they create is free to be copied, modified and converted by all users. They are doing some really great stuff with 3D printing and software that you’ll have to check out at AVC! The will be in the Community Village, a spot where all the other cool companies and clubs in our community will be hanging too, directly to the west of the Ground Course.

If you're a competitor looking for details on trial runs and heat schedules, we'll be sending an email out soon with all of these details!

AVC 2014 promises to be the biggest, nuttiest, fastest and most techy robotics competition ever. Come on out to the Boulder Reservoir for a day of fun geekery and flying robots!