It's that time of the year again. I'm not talking about the holiday season, though. I'm talking about the time of the year when everyone starts asking me about the next AVC. If you haven't heard of the AVC, it's where we gather a bunch of people with their homemade robots and challenge them to autonomously run around our course to win prizes. For 2015, the tentative date is Saturday, June 20th. Check out the recap from last year:

You can also read all about last year here. But enough about the past, let's look to the FUTURE! For 2015, we will be holding the AVC at our new building. With this new venue come a couple of changes to the event. First off, the ground course will remain largely the same, but will have a new short-cut feature and a couple of new surprises. 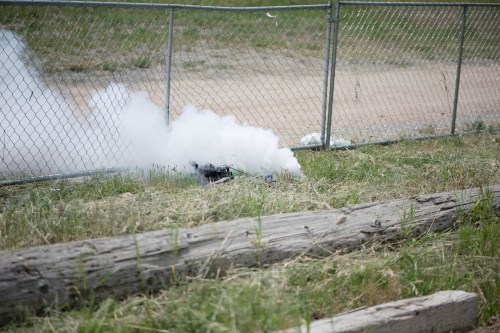 But the biggest change for the ground course will be further bonuses and incentives. Since the inception of AVC, GPS has been the go-to technology. However, over the years, it has become less and less challenging to plug in coordinates into your code and navigate using GPS. We continually hear "GPS makes it too easy." So, for this year, we want to offer an incentive to NOT use GPS. We are still finalizing the rules, but for 2015, you will be awarded additional points for not using GPS. This should level the playing field and allow slower entrants that don't rely on GPS to compete with the faster-moving entrants that DO rely on it.

Also, the course will have a shortcut with dangerous obstacles. Should you choose the shortcut, be prepared. This path will be shorter, but far more hazardous. The full ground course will be largely the same size as it has been in previous years. The full details are still classified, so stay tuned. 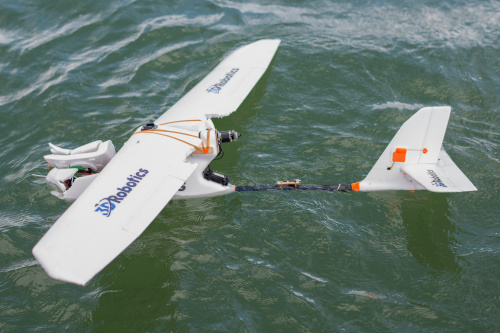 What about aerial? Well, there's some good news and some bad news. The good news is that we will have some sort of aerial competition next year. The bad news is that it will be limited to multi-rotors (quadcopters and such). The course will be confined (enclosed) and be a series of obstacles and tasks rather than a time-based course. We are still working out the final details, so stay tuned.

So, to recap, AVC 2015 will be held at our new headquarters on Saturday, June 20th. Every year AVC gets bigger and better and 2015 will be no exception. AVC is open to anyone (competing or otherwise) so we hope you can either compete or just show up and cheer on the other teams. Stay tuned for more information!