You may have heard Craig Ferguson, a late night talk show host, is scheming to create an army of Twitter followers (aka, his Skeleton Army). From the Mythbusters site:

In late February, Ferguson publicly joined Twitter using his MythBusters-covered iPhone. Shortly afterward, Ferguson, who nicknamed his Twitter followers the "Robot Skeleton Army," joked on air that he needed a sidekick — but not just any sidekick, a Robot Skeleton Sidekick. Grant, an animatronics engineer, heard Craig's call and tweeted: "@CraigyFerg I hear you are looking for a robot sidekick. I think I can help ... for a price: Get me 100,000 followers. If you can." Ferguson immediately followed with: "Roboskels. Urgent! I need you to follow @grantimahara. For 100k followers he'll build a roboskeleton sidekick. Advance my rattly cyborgs!"

Craigyferg is now sitting around 176,000 followers and the Robot Skeleton was born...

When Grant called us asking about the MP3 Trigger board, we started putting things together. And ever since I've had engineers and IT geeks in my office asking if we really had parts in the Robot Skeleton sidekick. There's a ton of published materials online, but nothing that shows the electronics. A quick email later and Grant was kind enough to send us some pictures of the internals of his Robot Skeleton. Thanks Grant! 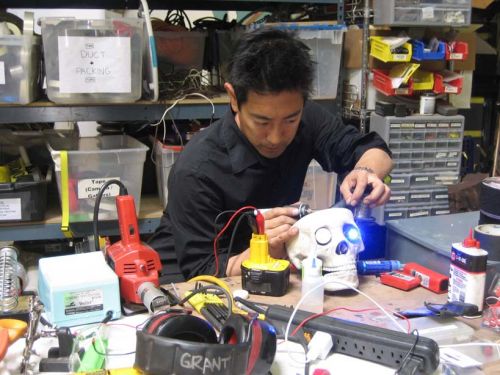 I solder on powered electronics all the time! Don't you? Oh those fancy prepared photo shoots. 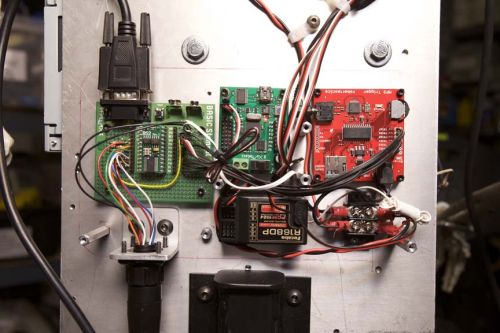 Clean work! Grant certainly knows what he's doing in the world of fabrication. From left to right: Basic Stamp, Parallax's serial servo controller, a servo receiver, and the MP3 Trigger. 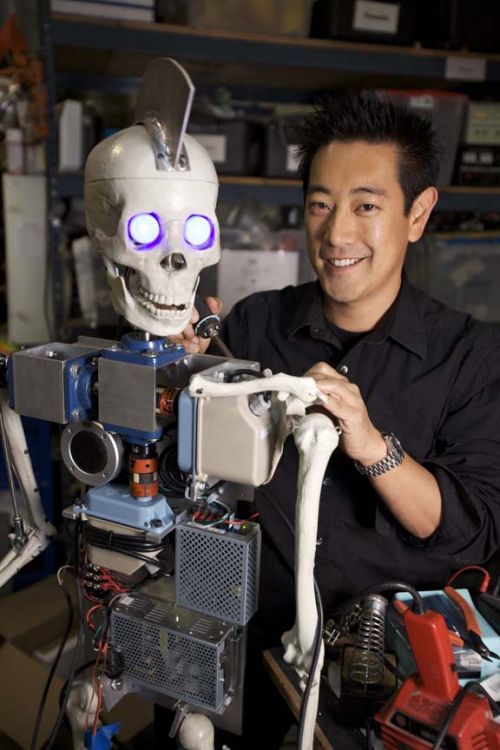 Thanks again Grant! And great idea Craig! You've got one more CraigyFerg follower.

Update - as requested, here is a short video of the robot in action (ignore the intro with the cat speaking in Spanish!):

Some new products - including the SerIO!

Into the Qwiic of It