Some new products - including the SerIO!

It's AVC week! We are very, extra, ultra excited! But, we also love new products. So here's a smattering of new items to get you through the week! 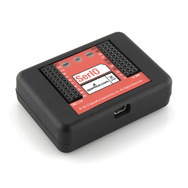 First we have the SerIO (which always reminds me of that movie "Hook" and the character Rufio). However, the SerIO is not designed to lead the Lost Boys through Never Never Land, but is a serial interface platform for creating physical computing projects controlled from a computer. Projects that involve the use of analog sensors, buttons, LEDs, buzzers, motors and many more electronic components can be controlled from any environment that has access to a serial port. This is a pretty nifty platform! SerI-Ohhhhh! 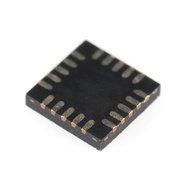 The MPR121QR2 (say that five times fast!) is an I2C driven capacitive touch sensor controller, capable of managing up to twelve electrodes. The chip also has eight LED driving pins, which, when not configured to control electrodes, can be used to drive LEDs. The device also features a 13th simulated electrode that represents the simultaneous charging of all the electrodes connected together to allow for increased proximity detection in a touch panel or touch screen array. This part is pretty tiny so if you are not up for some SMD soldering, a breakout board should be coming soon! 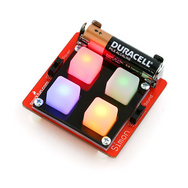 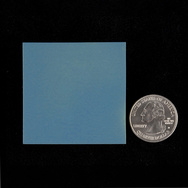 Theragrip is a double sided tape for attaching heat sinks to ceramic or metal packages. It provides both good thermal performance and excellent electrical isolation. 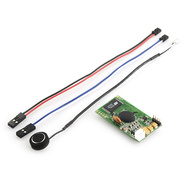 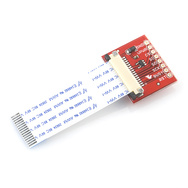 This breakout board is designed to simplify the physical connection both the small and large Kent reflective ChLCDs. All power and control pins necessary to communicate with the Kent displays are broken out to a breadboard friendly 0.1" pitch header. The Kent display is very handy because it retains its image even when it doesn't have power (similar to eInk). 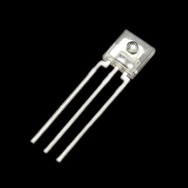 Last but not least, we have the TSL235R Light to Frequency Converter. The TSL235R outputs a square wave (50% duty cycle) with frequency directly proportional to light intensity (irradiance). The device has been temperature compensated for the ultraviolet-to-visible light range of 320nm to 700nm and responds over the light range of 320nm to 1050nm. PWM output is easy to read into any microcontroller!