We've all probably seen at least a video of an industrial robot. They are gigantic, one-arm looking things that help put together cars. They are pretty cool and have definitely revolutionized the industrial world. In today's post, we are going to look at the TROBOT 4.0 - a miniaturized articulated robot.

This robot was created by Toby Baumgartner and is designed to work alongside humans "relatively safely." Toby says relatively because while the TROBOT could potentially hurt you a little bit, the real industrial robots could crush you like a worm. Yikes. 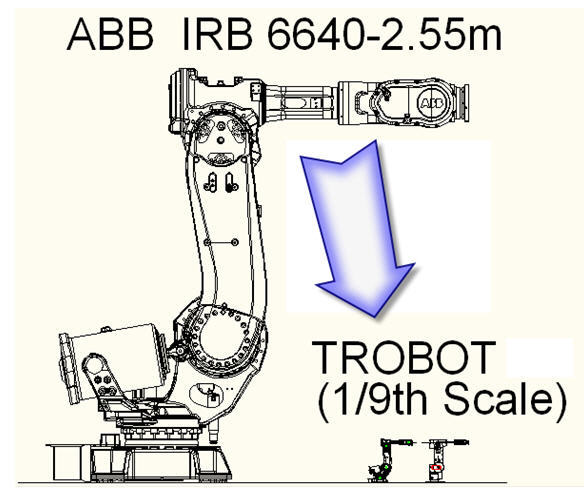 As you'd expect, the TROBOT is customizable for a number of applications. Versions 2 and 3 used smaller servo motors, while version 4 will be bigger, stronger, and faster. This is the first (or at least one of the first) attempts at a miniaturized industrial robot that we've seen. Good work, Toby!