We have some gripping products for you this week, so have a ball!

We're back or our normal Friday schedule this week. We have a good amount of new products to talk about and a neat demo in the video this week.

If you check the product page, we've included some example code for the Roll-A-Tone that we built for the video. It was a quick build and essentially consisted of combining the Musical Instrument Shield with the PS/2 trackball (and PS/2 library for Arduino). But it made for an interesting demonstration of the trackball. 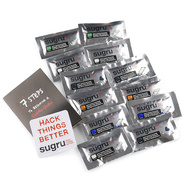 Sugru is a fantastic prototyping material. It's like silly putty or play-dough, but when it dries it turns into a hard rubbery material. This is ideal for repairing cables, making custom grips, or creating bumpers for PCBs. In addition, it can be used like an adhesive for fixing broken parts. It easily adheres to a wide range of different materials and dries in about 24 hours. You are only limited by your imagination. 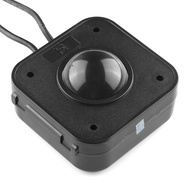 I really like this trackball, but I'm not sure why. Maybe because it's unnecessarily large and has a glowing clear ball in the center. It's fun to play with and has a lot of hacking potential. Using the PS/2 library with an Arduino opens up a lot of opportunity for interesting control. 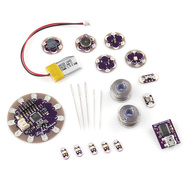 We have a new LilyPad kit for this week. The LilyPad Beginner's Kit has all you need to get started with LilyPad development. We even throw in some needles, thread, and a battery. 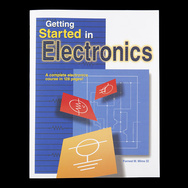 A few weeks ago it was suggested that Forrest Mims is kinda the man when it comes to writing books on electronics. We checked into it and really enjoyed Getting Started in Electronics. This book gives a great fundamental understanding of electronics and you will find yourself referencing it often. 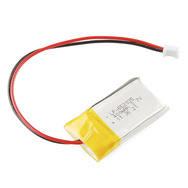 Although we have a lot of various sizes of LiPo batteries, we had a gap between 100mAh and 850mAh. These new 400mAh should fill gap when you don't quite need the higher capacity, but 100mAh isn't enough. 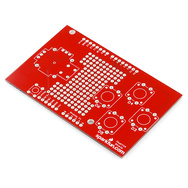 We have a new version of the Joystick Shield PCB that we've been including in both the Shield Kit and Shield Kit Retail. These come in very handy and we've used them on several of the product post videos. It's a shield that turns your Arduino into a controller with a joystick and 4 buttons. This new version includes a small prototyping area and better labeling. 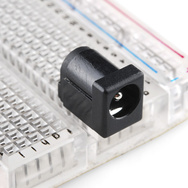 If you've ever needed to get power from a wall-wart power supply to your breadboard but didn't want to cut off the barrel jack connector, this next product is for you. These PTH barrel jacks can be mounted in a breadboard so you can easily use that power supply for your next prototype. 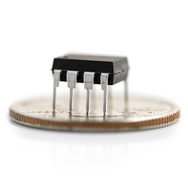 We also have another new addition to the PICAXE M2 series, the 08M2. This is a very versatile and inexpensive microcontroller with a decent following. 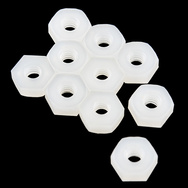 If you have exposed copper ground planes on a board and don't want to short it out with a metal nut, check out these 4-40 nylon nuts. They come in packs of ten and the size should be standard enough to use with most breakout boards. 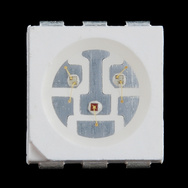 These surface-mount RGB LEDs are the same ones we use in the WS2801 Breakout Board. They are pretty bright for their size and can be used for simple indicator lights for your next board. 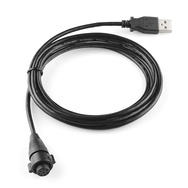 We found more boxes of surplus In2Rowing components. This 5ft USB cable is terminated with a locking DIN-style connector. We don't sell the mating connector, but if you're looking for a bare USB cable, hack off the end and solder it directly to your board! 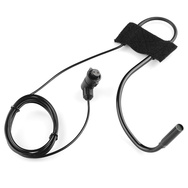 In addition to the USB cable, we also found some microphones. They have a similar connector (although it only has 2 pins) and a curved metal tube with a microphone inside. If you don't feel like finding the mating connector, just cut off the end and use the bare wires. 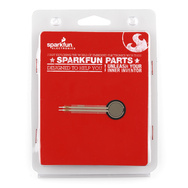 And we also have another retail product for this week as well. We now have the force sensitive resistor in retail packaging. And as always, we still carry this in the non-retail version as well. Force sensitive resistors are basically a resistor that changes it's resistance based on the amount of weight present on the pad. So you can use these like a scale or even a push-button that has different functions depending on how hard you push it.

Well, that's the end of the new products for this week. Of course we will have more for you next Friday so subscribe to our YouTube Channel for new videos and check back next week!