SparkFun heads to Pueblo, CO to check out some awesome rockets!

On Saturday. July 30th, three SparkFun employees arose from sweet slumber to meet at the shocking hour of 7:00 am (on a Saturday!) to travel to Pueblo, CO for the day. What could motivate such madness you ask? Why, rockets of course! 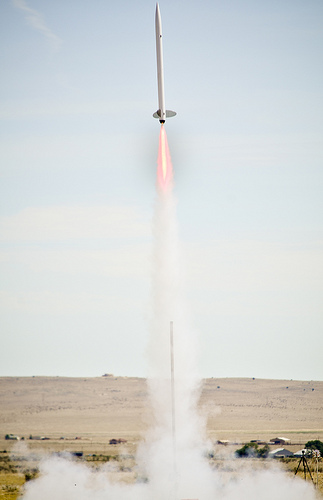 And not just any rockets, but a combined effort of Ball Aerospace, United Launch Alliance and over 100 Colorado High School Students and Interns launching a plethora of amazing incendiary aviation devices into a warm summer sky.  An annual event, Ball Aerospace and ULA are encouraging students with a wide array of backgrounds to participate in creating rockets and payloads for launching. Among other efforts, Ball Interns created payloads that were loaded on “The Future”, a 25-foot tall, 300 pound high-power rocket, the largest rocket ever to be launched in Colorado. 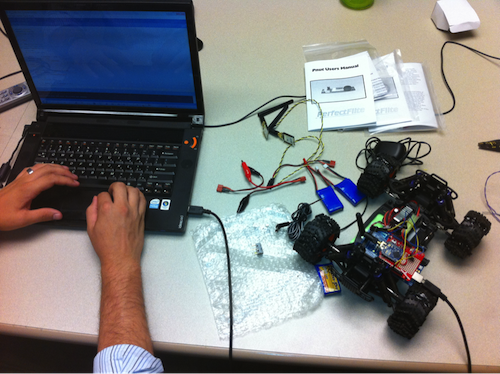 The Future reached 10,000 feet of altitude. Among the many payloads "The Future" carried was one impressive payload designed to simulate the Mars Rover payload that contained many SparkFun parts. SparkFun employees were able to meet the Ball Intern teams that created four of the payloads at an event beforehand. The Mars Rover simulation payload integrated an Arduino/GPS/XBee onto a remote control car. The car was controlled with 900MHz and an Xbox 360 controller with a range of ~3 miles.

The Arduino module sent real time GPS to the base station as well as receiving real-time commands for driving the car.  The car also had a 2.4GHz camera mounted to the front of it so they could tele-op it back to their base station. The 2.4GHz camera did not have enough transmitting range so one of the interns built a home-made receiver out of an old Direct-TV satellite dish. 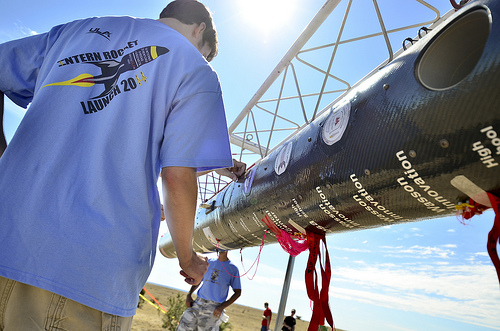 Some of the other payloads created by Ball interns included an inflatable moose head with various sensors, some aliens in Ball canning jars along with a small helicopter, and a house with balloons and a live action camera to catch the footage. 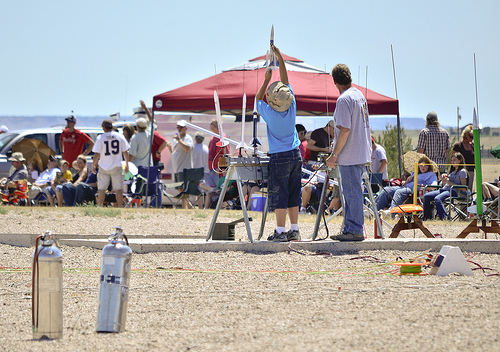 The Mars Rove simulation payload also featured a miniature rocket that launched from inside the payload just after apogee. Other sensors packed into that particular payload included an altimeter and a temperature sensor.

Unfortunately, due to a mis-packed parachute, the Mars Rover Simulation payload did not deploy and the meticulously crafted vehicle plummeted to earth. Crunch. Luckily SparkFun got to witness the fully functioning payload before its demise. Rapid prototyping, while fun, is often filled with heart-breaking scenarios such as this. To the team’s credit they accepted this turn of events gamely and will undoubtedly move on to bigger and better endeavors. 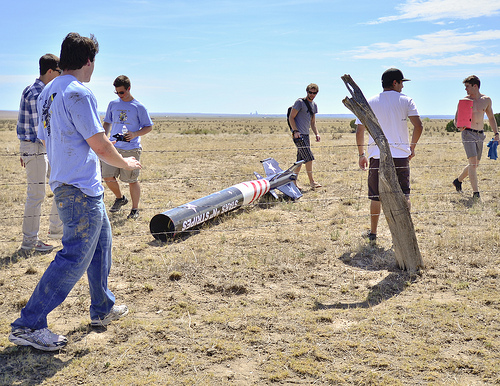 We at SparkFun applaud Ball and ULA’s initiative to encourage students and interns to take a break from their regular jobs to create these amazing projects. They all obviously learned a lot and had fun in the process.