It's yet another new product post with a couple breakout boards and some products you asked for last week!

It's been a long week! Tuesday SparkFun made an appearance at the first ever Boulder is for Robots meeting. You can see a small recap here on Sphero's website. We gave a small little demo of the SCORPION. Thanks to everyone that came and supported local robotics! We're always excited to see new hackerspaces as well as new projects. Thanks again to Orbotix and everyone else for setting up the event.

We don't have a ton of new stuff this week, but there are some cool products in the mix. Let's have a look at the whole list. 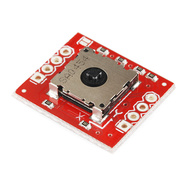 Joysticks work as great input devices because you can not only use the button for selection, but you have both and x and y axis for movement and selection as well. The N35P112 IC is interesting because it uses the magical properties of magnets and hall effect sensors to output the movement of the joystick nub over I2C. Since there are no real mechanical parts, they don't wear out quite as easily. We even have some example code so you can get up and running quickly. 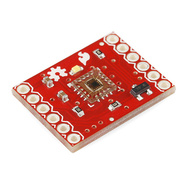 Just because some people are color-blind doesn't mean your next project has to be. The HDJD-S822 Color Sensor Breakout allows you to determine by converting light into 3 analog outputs. Read these values into a microcontroller and you can figure out what color the board is seeing. Dave, this one's for you buddy. ;-) 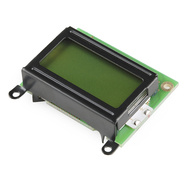 A couple weeks ago we came out with the Mr. Roboto kit and several of you suggested that we carry the LCD screen separately. Who are we to deny our customers!? So, here it is, the 8x2 character LCD that is used in the kit. It's easily controlled by an Arduino using the example code in the Arduino IDE and since it shares the same controller as our other basic character LCDs, there's plenty of examples out there. 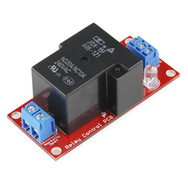 We have a new revision of the Beefcake Relay Control Kit. This new version fixes some of the layout issues and cleans up the whole design a bit. I still wouldn't pump a full 20 amps worth of current through it, but it's a lot better than before. 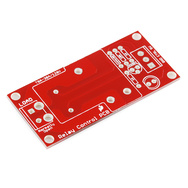 If you don't want or need the whole kit, we also sell the PCB separately so you can add your own relay. I don't think there's a whole lot else to say about that. 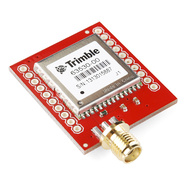 We also have a new version of the Copernicus II DIP Module. This version has unpopulated headers so you can add your own wires or headers instead of having to remove the ones we install. We just wanted to give you the option to use it the way YOU want and not be forced to use the headers that were installed in the last version. 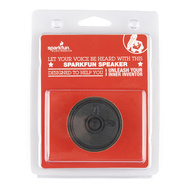 We also have a retail product for this week. We have a lot of audio-related retail products, so we figured it would be a good idea to include a speaker so you don't just have to use your imagination. We have the 8 ohm speaker now packaged for retail shelves to go along with all the other retail products. 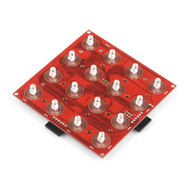 And lastly, we have a new revision to an older product. The Button Pad Controller SPI gets a red board and some cleaned up footprints and such. Overall, it's the same product, but it went through a revision or two which makes it a bit easier to assemble in-house.

So, there are the products for this week. I don't have a whole lot else to talk about so I'll just leave you with a useless fact. American Airlines saved $40,000 in 1987 by eliminating one olive from each salad served in first class.  See you next week!

The Slap Method for Solder Rework

Turning Your Pro Micro Into a Keyboard