You want headers? We put headers on all the things! The IOIO-OTG, the TB6612FNG Motor Driver, and the MMA8452Q Triple Axis Accelerometer. Head(ers) On!

Greetings and salutations, ladies and gentlemen. This week we don't have anything necessarily "new" for you. What we do have are a few of our best-selling parts, now available with headers pre-soldered on. The IOIO-OTG, the TB6612FNG Motor Driver, and the MMA8452Q Triple Axis Accelerometer can all now be purchased pre-assembled with headers already attached! Let's take a closer look.

This breakout board makes it easy to use the tiny MMA8452Q accelerometer in your project. The MMA8452Q is a smart, low-power,…

This breakout board makes it easy to use the tiny MMA8452Q accelerometer in your project. The MMA8452Q is a smart, low-power, three-axis, capacitive MEMS accelerometer with 12 bits of resolution. This accelerometer is packed with embedded functions with flexible, user-programmable options, configurable to two interrupt pins. Embedded interrupt functions allow for overall power savings, relieving the host processor from continuously polling data. Due to popular demand, this version of the SparkFun Triple Axis Accelerometer Breakout includes pre-soldered male headers for ease of use. With the headers already soldered on, you can jump right in to using this little board without any assembly! 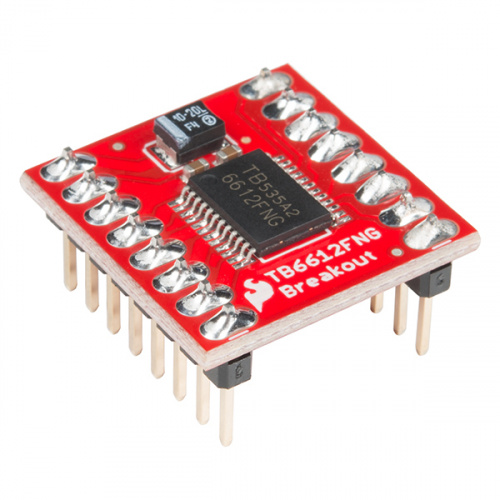 The TB6612FNG Motor Driver can control up to two DC motors at a constant current of 1.2A (3.2A peak). Two input signals (IN1 and IN2) can be used to control the motor in one of four function modes: CW, CCW, short-brake and stop. The two motor outputs (A and B) can be separately controlled. The speed of each motor is controlled via a PWM input signal with a frequency up to 100kHz. The STBY pin should be pulled high to take the motor out of standby mode. Like the Triple Axis Accelerometer Breakout, this board has headers already attached. No soldering required! 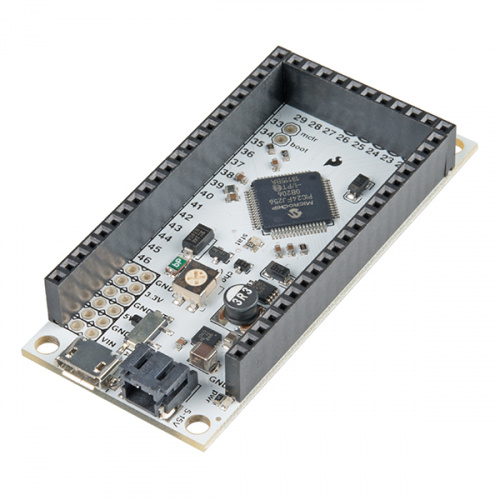 Are you a Java developer looking to add advanced hardware I/O capabilities to your Android or PC application? Well, then the …

Are you a Java developer looking to add advanced hardware I/O capabilities to your Android or PC application? Well, then the IOIO-OTG is for you! The IOIO-OTG (pronounced “yo-yo-O-T-G”) is a development board specially designed to do just that. It features a PIC microcontroller, which acts as a bridge connecting an app on your PC or Android device to low-level peripherals like GPIO, PWM, ADC, I2C, SPI, and UART. An app-level library helps you write control code for these low-level peripherals in the same way you'd write any other Java app! This special version of our older Version 2 of the IOIO-OTG comes with female headers already soldered onto the board!

Unlike in the newer version of the IOIO-OTG, a USB-A to micro-A OTG cable is NOT included. The V2 IOIO-OTG was found in our old IOIO SIK, and once we are out of stock of this product we will not be restocking it. 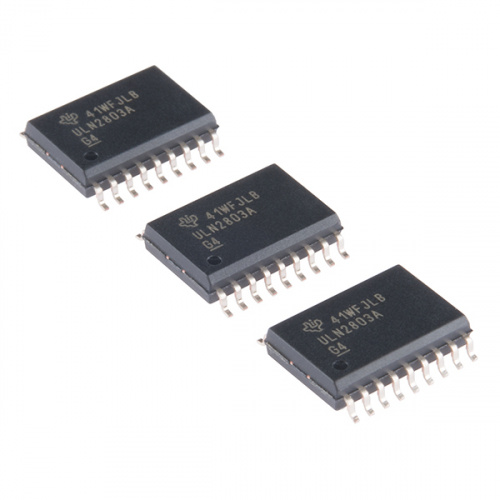 Now for something completely different! This simple Transistor Array pack contains three SMD ULN2803 ICs from Texas Instruments. Each of these tiny ICs consists of eight NPN Darlington pairs that feature high-voltage outputs with common-cathode clamp diodes for switching a board's inductive loads with a collector current of 500mA. Each ULN2803 can absolutely be connected in parallel to achieve higher current capability.

That's it for this week, folks. We really hope these new products with the headers already attached make life easier for you in developing new projects. If you have any other products that you would like to see have headers pre-soldered on, let us know in the comments below. We'll see you back here next Friday with even more new products. See you then!

Enginursday: Lessons Learned at the Workbench