We bid farewell to a SparkFun classic but open the door to the next chapter in project-based blog posts.

Almost every Thursday for the past seven years, a SparkFun engineer has written about a project they were working on, or one that they thought up in between designs – affectionately referred to as Enginursday. These Thursday engineering posts have given us such hits as a controlling a table pong robot, learning how to use a 555 timer, making a pumpkin seed-spitting Jack-O'-Lantern, and over 300 more!

For a blog post that started to mainly fill the day before Friday Product Posts, Enginursdays have grown to be one of our favorite releases each week. However, with SparkFun's engineers busier than ever working on exciting new products (like the Qwiic ecosystem, or the OpenLog Artemis), something had to give. So today, we are going to take a look back at seven of our favorite posts (mobile users: make sure you are connected to WiFi, this trip down memory lane includes a few large images)! 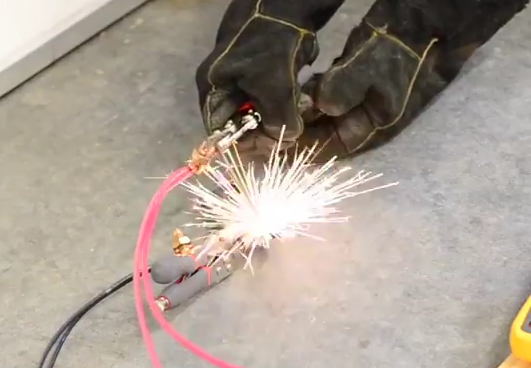 Sometimes engineers need to take a break from crunching numbers and furrowing their brows at data sheets, and do something fun instead. In May 2017, we wanted to find out what would happen if we took 60 5V, 2A power supplies and wired them together. It can put out 120 amps at 5 volts! Will it melt a wire? What about a spoon? Can it melt a quarter? Or will the whole thing catch on fire? The only question remaining is what to do with them next.

Around Halloween 2017, we thought it would be fun to create a motion activated, pumpkin seed-spitting, Jack-O'-Lantern. Listen, we still think that it is a delightfully disgusting Halloween treat for adults and kids alike. Best yet, that time of year is coming around again so we might just make a second one for kicks. 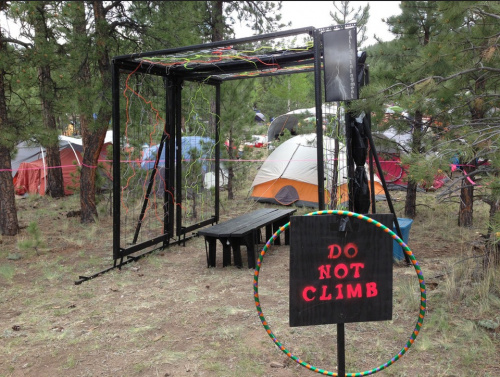 Burning Man has been a staple summer experience for several SparkFun employees and alumni. We've constructed multiple festival projects and installations over the years. It was only natural to create a lit up EL wire entryway dubbed "EnLightenment" to a local festival around the same time. 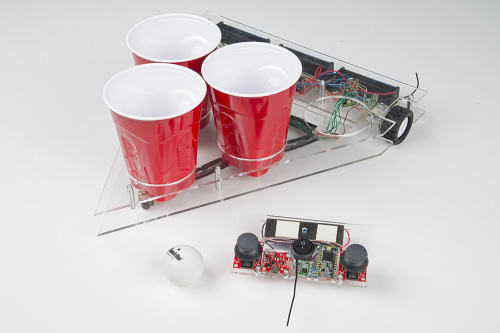 For decades, Tabletop Pong has been played the same way: two teams stand on opposite ends of a table and take turns throwing ping pong balls into cups on the other side. The game is so popular, there are even arcade machines that let you play on your own to your heart's content ... or until you run out of quarters. In September 2016, we decided to SparkFun-ify the game by making it motorized AND remote controlled!

Escape Rooms have been an obsession of ours, and in recent years there has been a proliferation of microcontrollers and electronics used in these puzzles, leading to many, “How did they do that?!” moments. In March 2019, there was a desire to start making puzzles of our own, and Qwiic boards made it fast and easy to put a couple together. 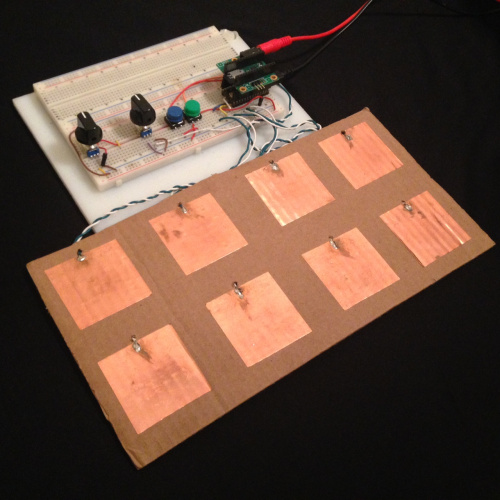 In November 2016, we transformed a steel handpan into a digital version! It turns out that a digital version of a musical instrument usually requires a lot of computational power for it to sound decent and real. Luckily for us, there is a little thing called Teensy available! 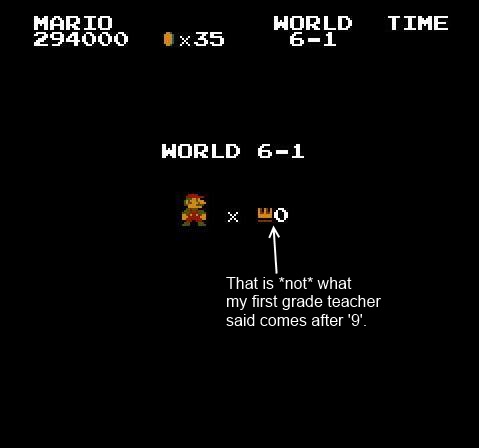 There are a lot of hows and whys when you are a child, but as you age you start learning the answers to a lot of your questions. Sometimes it takes 10 years and a college degree to answer some of them! In September 2013, we solved three childhood mysteries with electrical engineering.

If you ever wanted to go back to re-read some of the older Enginursdays, don't worry, they aren't going anywhere. You be able to easily find them searching or clicking on the "Enginursday" tag at the top of each post.

We have a so many more engineering projects and ideas coming as Rob and Avra continue to implement new ways to approach SparkFun products, interesting events and captivating concepts. You'll also see more posts pop up from SparkFun engineers, as well as members of the community (maybe one from you)! If you want to write a guest post for SparkFun, please comment below, send us an email, or give us a call. I would personally love to talk with you. We'll see you next time with our next exciting project!