Time to flex your captioning muscles!

I realized today that it's been a while since we did a caption contest. In fact, I didn't do a caption contest for the whole month of April! That's on me - so to make up for it, today we are going to have two winners. Whoever provides the best caption (as determined by me) to the photo below will receive a free "Broke It? Fix it!" wishlist. 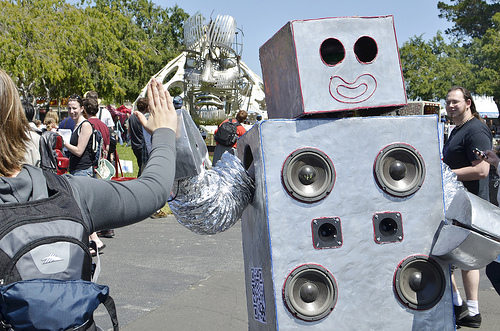 The "Broke It? Fix it!" wishlist includes a handful of useful stuff - the Heaterizer XL-3000, some Sugru, a few hand tools, a soldering iron and solder, electrical tape, and Polymorph. Leave your caption in the comments below. The contest will end at 10 a.m. Mountain Time tomorrow (June 6, 2012). Good luck and may the best caption win!

According to Pete - June 2012 Edition