SparkFun and the Future of Arduino

We want to update our customers on where we stand with the on-going Arduino saga.

Much has been made about the on-going (and seemingly far from over) Arduino v. Arduino SRL saga. 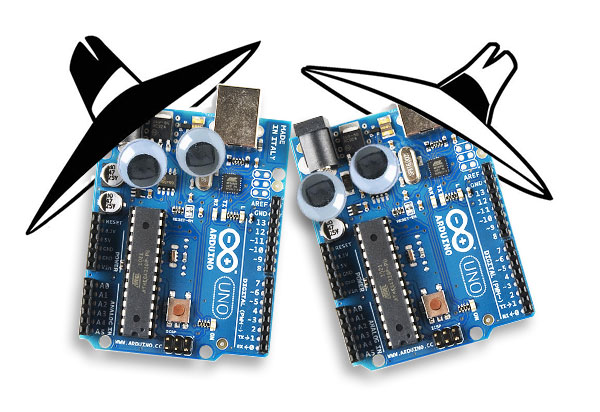 On one side is Arduino, which was founded by Massimo Banzi, David Cuartielles, David Mellis, Tom Igoe and Gianluca Martino back in 2009. This is the Arduino where you have probably gone to participate in forums, download the Arduino IDE and more.

On the other side of the battle is the manufacturing side of the project founded by Gianluca Martino, known as Arduino SRL. This outfit used to be called "Smart Projects" but changed their name to Arduino SRL in November 2014. From early on, they've been a large manufacturer of Arduino boards. Recently, they popped up under the domain Arduino.org.

We could hash out the specifics of the argument, but that's been done ad nauseam in many places. If you want to get caught up, Hackaday did a nice job summarizing the story in this article. So which side of the dispute does SparkFun Electronics stand on? Well, as with many legal disputes, it's not cut and dry.

SparkFun's number one priority is, and always has been, our customers. Besides the very obvious fact that it's your purchases that keep the doors open and the lights on, the truth is, many of us in this building exist in the very same stratosphere as you guys and gals. We're DIY hobbyists, and engineers, and wearable-enthusiasts, and high-altitude balloon pilots. So, at the end of the day, we want to have the coolest, best, and most reliable products available for our customers to build the projects they (and we!) want.

So with that in mind, we're kind of stuck between a rock and a hard place. Right now, we are actively buying (and will continue buying for the time being) Arduino Uno's from Arduino SRL. Are we siding with them? Not necessarily -- but currently this is the only source we have for the Arduino Uno, a board that you, our customers, love. The alternative is to not stock this board, which isn't much of an alternative at all.

We are just as worried about where this is heading as you are. Is Arduino going to be around in a year? We believe the community will never die but we're nervous about the hardware. Hardware is hard and spinning up contract manufacturers takes considerable effort and time. 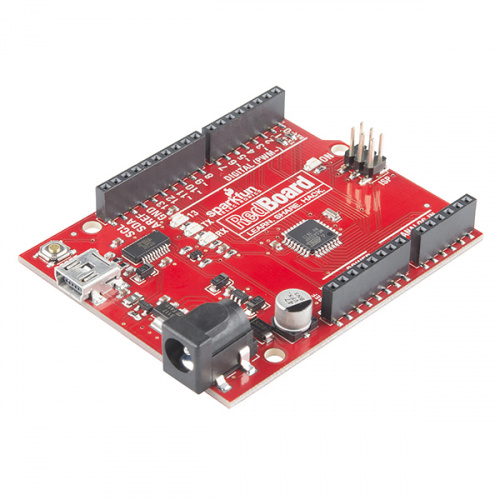 At SparkFun we use many Arduinos and we're always looking for the simplest, most stable one. Each board is a bit different an…

Above you'll see the SparkFun RedBoard. We created this board in 2012 because our Inventor's Kit, which used the Arduino Uno, was becoming more and more popular. Around that time Arduino came out with the Uno R3 revision that caused, overnight, all our documentation to become obsolete. It was decided then that we needed to be in control of our supply chain for our most popular products. So we made the RedBoard, which takes some of our favorite features from various Arduino boards (like the Optiboot bootloader and the stability of the FTDI from the old Duemilanove). Needless to say we are thankful the SIK and the RedBoard are shielded from the current Arduino events. 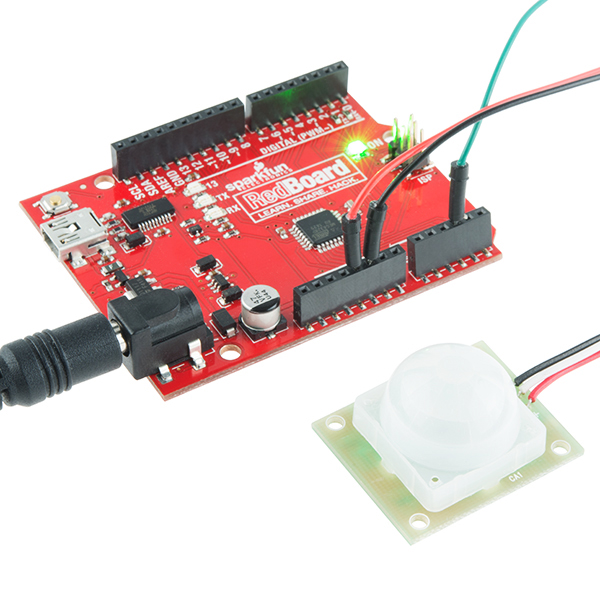 The RedBoard hooked up to our PIR Motion Sensor

Since its inception we've offered to pay royalties on the RedBoard. We've been building and will continue to build hundreds of thousands of the official Arduino Pro, Pro Mini, Fio, and LilyPad. The royalties will continue to go to Arduino.cc, the folks we license the US trademark from. Recently we've offered to license and manufacture the other official Arduino boards: Zero, Uno, Mega, Due.

We are here to support the community as much as possible. We don't want mom and dad to fight -- it's bad for the community but it happens. We will continue to buy the boards we don't internally produce from whatever source necessary so that our customers can get what they need and, ultimately, vote with their dollars.

So that's it. Is that a non-stance, stance? Sort of. But, ultimately, our "side" isn't with Arduino or Arduino SRL -- it's with our customers. We will continue to do our best to bring you the products you want and need to make your electronics projects possible.