Jesse Brockmann is back with a special preview of this year's Dumpster Dive!

Jesse Brockmann is a senior software engineer with over 20 years of experience. Jesse works for a large corporation designing real-time simulation software, started programming on an Apple IIe at the age of six, and has won several AVC events over the years. Jesse is also a SparkFun Ambassador.

Make sure to check out the rest of Jesse's projects that he has written, such as making an Autonomous Lawn Mower and more!

Hello! While you are waiting for your dumpster dive to arrive, I thought I would give you a preview of what you may receive. Remember the dumpster dive is a bunch of random stuff, so nothing is guaranteed! You will not get the exact same items as in this box. No support is provided, so what you get is what you get. You could even get a big roll of SMD resistors…… just kidding! It’s Christmas Morning so let's start unwrapping!

Time to Dive In!! 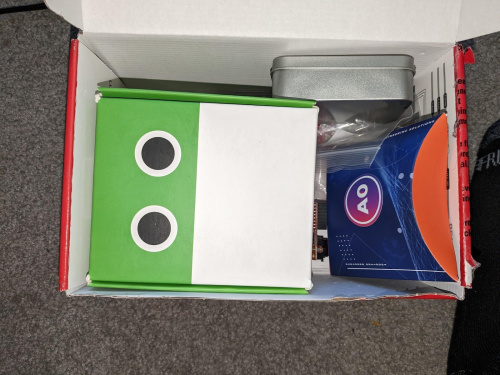 I spy an Otto Box, a Macchina AO and a tin with stuff.. and what is that between the Otto and the AO? Lets see what we got.

Looking inside the tin container 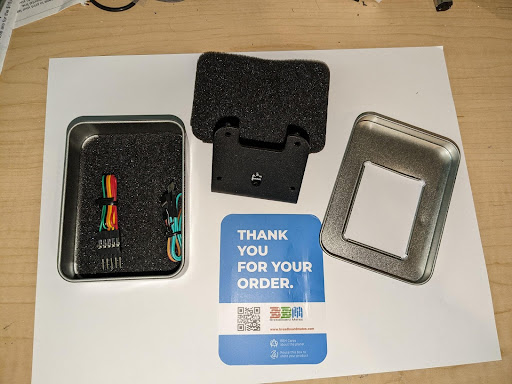 The tin turns out to be a Breadboard Mates Stand. Everything looks to be there, but I have no display like a TIM-130 to test it with. So, I classify this as interesting but of not much use right now.

Time to see what is in the Otto Box! 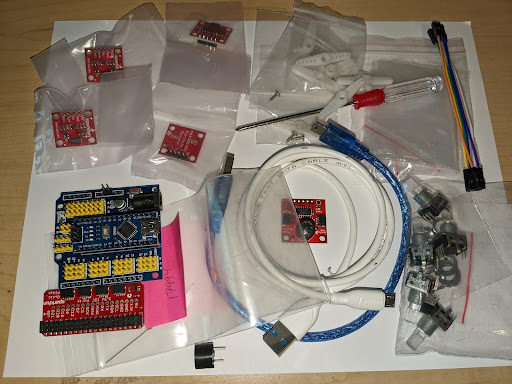 So, there are some of the contents of an Otto like the board on the lower left, servo horns, cables, and such. But the other items are not from the kit. A single resistor with a part number 17994 on it. A loose pcb speaker, 4 of the Sparkfun Photodetector Breakout - MAX30101 (Qwiic) sensors, a Sparkfun Qwiic PIR sensor, a Sparkfun Qwiic HAT and 5 encoder boards with RGB and last and certainly not least.. a plastic bag with 6 smaller plastic bags in it? I think those must have been parts for the Otto, but I’m not sure. The Otto board with Nano looks like it would be great for projects of all sorts, but I don’t have one in mind yet. The encoder boards will be perfect for various interactive projects, but I’ll make sure they are the same model that Sparkfun normally carries and get the breakout boards for them. The PIR and Photodetector boards, not sure yet… but if the PIR sensor works it’s the ultralow power version so perfect for a battery operated security sensor.

Time to check out the AO Box! 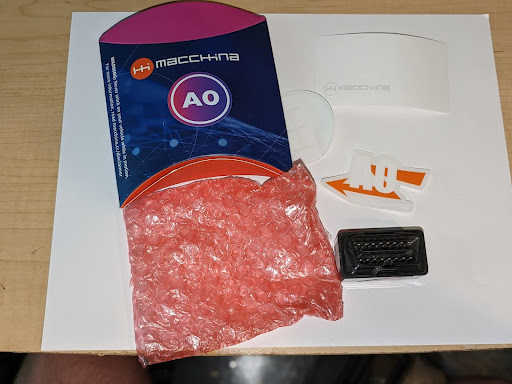 This is the Macchina A0 OBD-II Development Module currently on backorder at Sparkfun. How did this end up in the Dumpster Dive? Not sure, as it looked like the box had never been opened, but it’s hard to tell. It is in really good condition, and being able to have an ESP32 that can talk to your car opens all sorts of possibilities. Want to detect your speed and activate an alarm if you go too fast? Connect another ESP32 via esp-now and you can make it happen! ;) 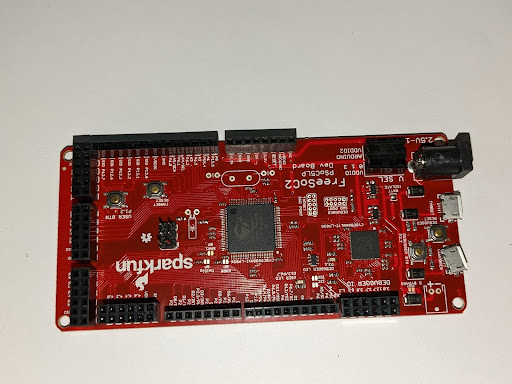 It’s a FreeSoC2 Development board. This is a PSoC5LP ARM board with two onboard processors. But the debugger port looks to be damaged. 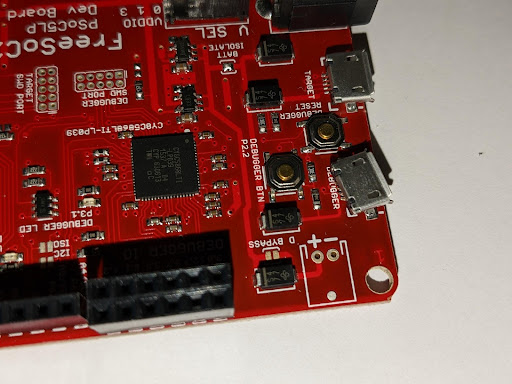 Yes, the debugger port has seen better days. Choices are to repair or remove and use without the USB debugger port. Unfortunately the debugger port is used to upload programs, and even serial data is sent from the processor through this USB port. The best course of action is to remove the USB connector and see if the pins are salvageable and if so reinstall or replace the USB connector. Otherwise you have a nice piece of SparkFun art for your desk or wall!

Hiding under everything is a VESC Speed Controller 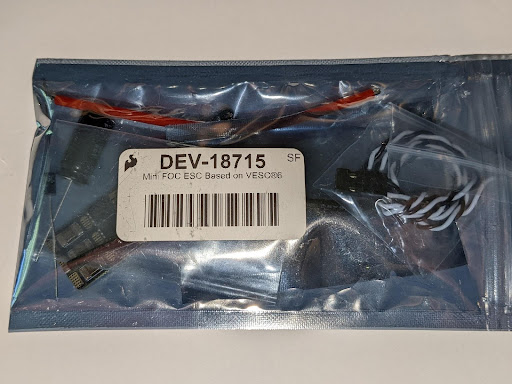 This is a Mini FOC ESC based on VESC6. It’s not big enough to use with a 1/10th scale car (only 20A continuous, 40A peak at 48 volts) but for a smaller scale car or some other brushless motor based project it’s a great ESC. 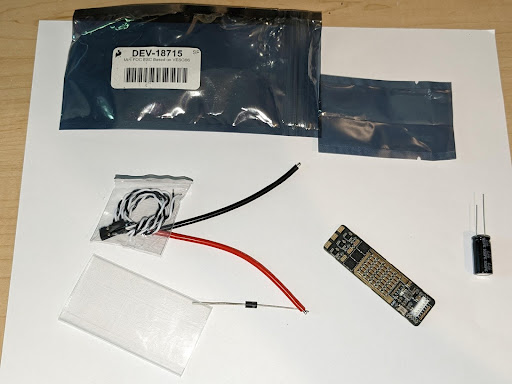 All the parts for the ESC were included, and nothing has been used. The package has been opened, but everything is ready to use with a little assembly. The clear plastic in the lower left is shrink wrap to put over the ESC once it’s assembled.

The left over bits.. 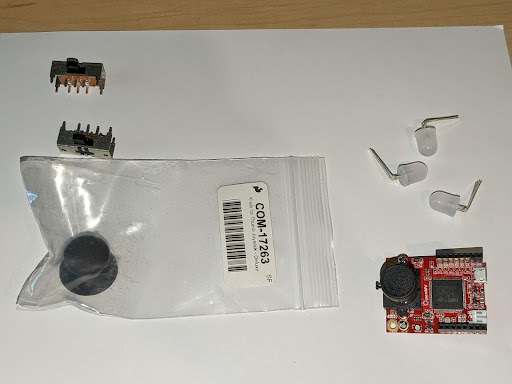 Seems some LEDS, a joystick knob and a couple switches got “sprinkled” into the box along with an OpenMV camera -- Let’s look at that in more detail. 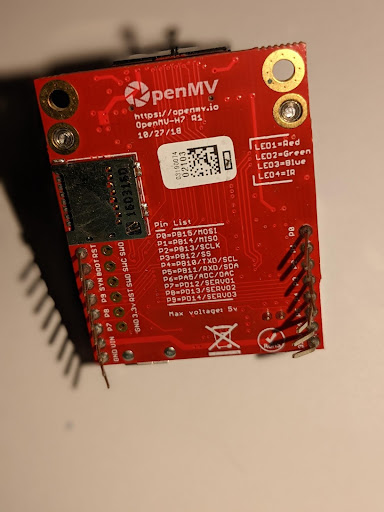 Bent pins, but it doesn’t look too bad? It’s an older OpenMV-H7 R1, but still a good camera!

A minute later, and the pins are back to normal 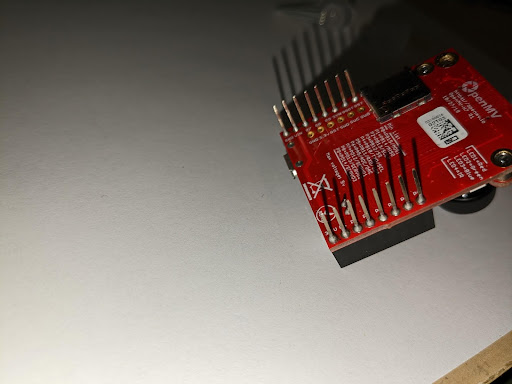 Here is the breakdown of the value on the box I received, assuming everything works.

I didn’t add in some of the smaller items like the LEDS and switches to the total.

The various boxes are populated by weight, so each box will have at least 1LB of parts in it. Your box could have much less value, or could have more. Again, this is random so don’t expect everybox sent out to be this good. I specifically asked for a completely random box, and this is what I got**.

Good luck with your dumpster dive, and please share what you got!