Watch out, we have some great new products just in time to light up your holiday. 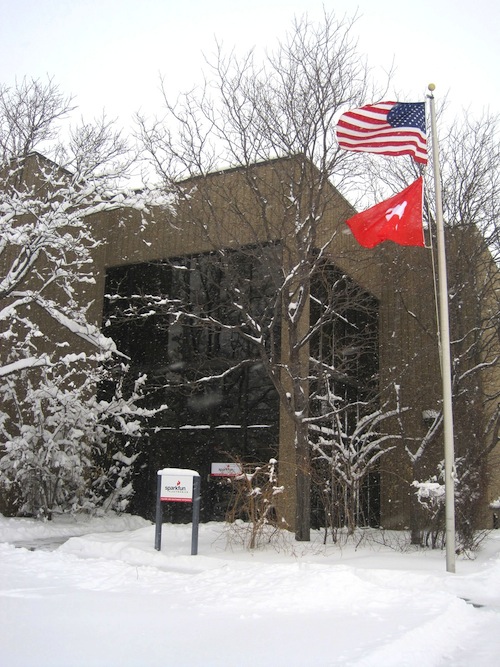 First off a few orders of business. Last night, mother nature decided it didn't look enough like Christmas around these parts and sent a pretty strong storm our way. So far, Boulder has received around 12 inches of snow and it's still snowing at a rate of about one inch an hour. Due to this inclement weather, SparkFun is officially closed today. Unfortunately, that means no orders will be shipping out today. We apologize for the inconvenience. We will also be closed tomorrow, December 23rd and Monday, December 26th for the holiday. Stay warm everyone and happy holidays! Now, back to the product post.

It's Christmas this weekend and we wanted to do something a little special for the New Product Post this weekend. I've been a bit busy lately and we haven't had time for the usual shenanigans or projects in the videos. However, this week we decided to create a project for the video this week. Enjoy.

When I first looked at the LED strips, I wanted to resist the temptation to use them as Christmas lights as much as possible. We came up with the idea for the SHAPER (sensory heart-rate aerobic polar exercising rope) through just brainstorming. Nick is working on a tutorial so everyone can see how the SHAPER works and what all went into it. I'll post the tutorial when it's finished and make mention of it in a future New Product Post.

The SHAPER consists of an Arduino Pro Mini, Polar Heart Rate Monitor Interface, LiPower, battery, and an RGB LED Chain. We slapped it all together, laser cut some plastic and coded it up. With some more complex  code we could have taken more advantage of the individually addressable LEDs and created better feedback for the user, but we ran out of time. 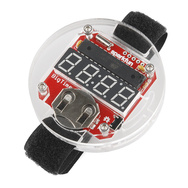 If any of you have been to a recent Maker Faire, you might have seen this watch floating around. The Big Time Watch Kit debuted as a kit at Maker Faire earlier this year and was a big success. After some tweaking and getting it ready for larger scale production, we're ready to release it as a regular product. It uses a pre-programmed ATMega328 at its core and even includes the Arduino bootloader as well as an FTDI header so you can custom program your watch. It includes everything you need to solder your own watch from scratch. 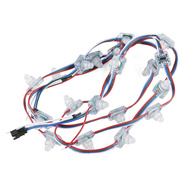 We've added yet another addressable LED product, the RGB LED Chain. Consisting of 20 individually addressable RGB LEDs and measuring about  7 feet in length, the RGB LED Chain looks a lot like a string of Christmas lights. Thankfully, they even use the same WS2801 IC that all of our other addressable lights use, so all the example code applies to these as well. And if that wasn't enough, they're even IP66 rated so you can use them in wet conditions. 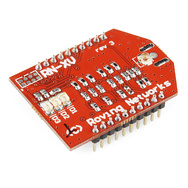 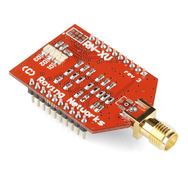 Due to the shortage of XBees caused by the flood in Thailand, some of you might be interested in a drop-in replacement. The RN-XV doesn't work with the zigbee protocol, but rather Wi-Fi. The RN-XV has the same footprint as an XBee, but allows you to connect to your wireless network. We already carry one with a wire antenna, but if you want longer range, we now carry them with a U.FL connector as well as an SMA connector. 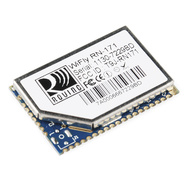 You can't have the RN-XV without the RN-171. The RN-171 is the Wi-Fi module found on the underneath side of the RN-XV modules. It's low power, low cost, and easy to use. What more could you ask for? A breakout? Yeah, it's coming. (I knew you'd ask...) 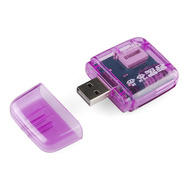 A card reader is a good thing to have sitting around your desk since a lot of products now use some sort of memory card for storage. We have a new card reader which is simple and cheap. It plugs directly into your USB drive on your computer and reads the most popular formats. Use it for your camera, GPS, cell phone, MicroSD Shield, or OpenLog. 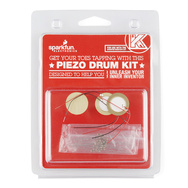 And lastly, we have another retail product to talk about this week. The Piezo Drum Kit combines 4 piezo elements with a pack of 1M ohm resistors. The piezo elements sense vibration (taps, knocks) and translate them into a high-voltage electrical pulse. Using a 1M ohm resistor, you can easily read them into a microcontroller to create a lot of different projects. Use them for drum pads, knock sensors, or switches.

From everyone here at SparkFun Electronics, we'd like to wish you happy holidays and we'll be back next week with more new products and our last product post and video for the year! Thanks for reading and see you next week!