This week we're seeing red (boards) and we've got a lot of new revisions for you!

Welcome back, loyal SparkFun followers! We're back with some new products for this week. We have some shirts, boards, and a cable. First, let's check out the video.

Hopefully that clears up some of the confusion between the RedBoard Breadboard, RedBoard PTH, and RedBoard PCB Add-On Kit. The end result is pretty much the same, but the contents of each kit are a bit different. 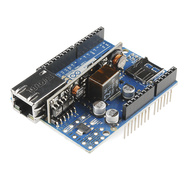 In addition to carrying the standard Arduino Ethernet Shield, we now carry the PoE version, which adds the Power Over Ethernet module. This is the full buffet. It has an SD card socket, PoE, and is compatible with the R3. The PoE module comes pre-installed as seen in the picture above. 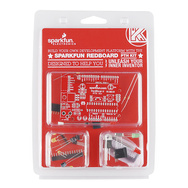 The RedBoard PTH Kit has made it to retail packaging. As explained in the video above, the RedBoard PTH Kit gives you all the parts to build your own Arduino compatible development board. All you need is a soldering iron, FTDI for programming, and an idea. We've pre-loaded the IC with the Arduino Uno bootloader so once you have it all together, you can start using it right away. 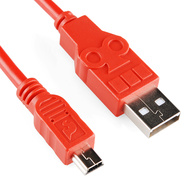 We've been around for long enough and we've gotten big enough that we wanted to have our own USB cable. Why not? We sell a surprising amount of these cables every month, so it made sense to get them in red with a SparkFun flame molded into the body. It's the same cable we've been selling, but in red with a new molded shell. I must admit, it's pretty cool to use a USB cable with your company's logo on it. 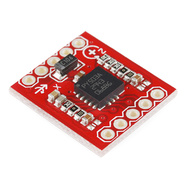 We have a new version of the LPY503AL Gyro Breakout. The new version fixes the high-pass filters that would spit out bad data. Everything else is the same though. This is a versatile two-axis gyro that has low power consumption and works well with 3.3V systems. Just plug it in and go (with proper code of course). 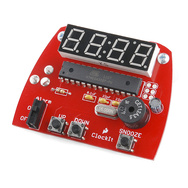 We also have a new version of the ClockIt Kit. The ClockIt is a great beginner soldering kit. Once put together, you end up with your very own alarm clock! We made a few changes to the kit, mainly making it easier to put together. 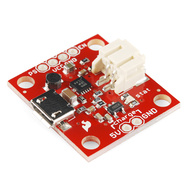 Speaking of revisions, we also have a new one for the Power Cell. The Power Cell is a combination LiPo battery charger and booster. You can use it to charge batteries, but it can also take the ~3.7V output from a LiPo battery and give you 5V. This new version gives you access to the power-save and the ability to control the under-voltage lock-out as well. Thanks once again for the suggestions and feedback everyone! 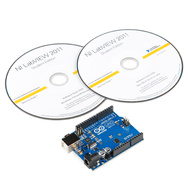 We've been selling our LabView and Arduino bundle for awhile now. We just recently started putting in the new Arduino Uno R3 in the bundle. So now you will get the newest version of Arduino (well, the newest based on the ATmega328 anyway) with the software. The bundle is still only available in the US and Canada, sorry! 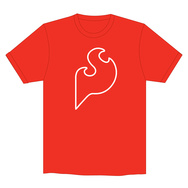 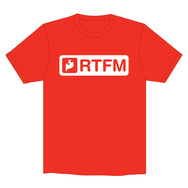 We have a bunch of t-shirts leftover from AVC and Maker Faire. We have them in various sizes (from small to 2XL) and three different designs. We have the classic red with the SparkFun flame, the RTFM (make up your own meaning and troll your friends!), and the elegant white GEEK. These were a limited run just for AVC and Maker Faire so get them while they last!

That's all I've got for this week. Be sure to check back next week for more new products. Thanks for reading and watching!

According to Pete - July Edition #1