Let's have a gander at an amazing 2013, and welcome the start of a glorious new year!

It's hard to believe, but another year has come to an end. 2013 was a great year at SparkFun, and we're endlessly grateful, as always, to have another 365 days of this amazing community's support behind us. Once we got past the shock of discovering the blank cardboard at the end of our 2013 calendar, we got nostalgic and decided to review some of the highlights.

2013 left us with a lot of memorable milestones. In January we celebrated our ten-year anniversary as a company! Nate wore a tux and gave a speech (footage not found). In early February we celebrated the launch of SparkFun's RedBoard - our Arduino-compatible board that combines a lot of our favorite Arduino features, like the trusty FTDI from the old Duemilanove, the Optiboot from our own Pro series, and the shield compatability from the R3 Uno. 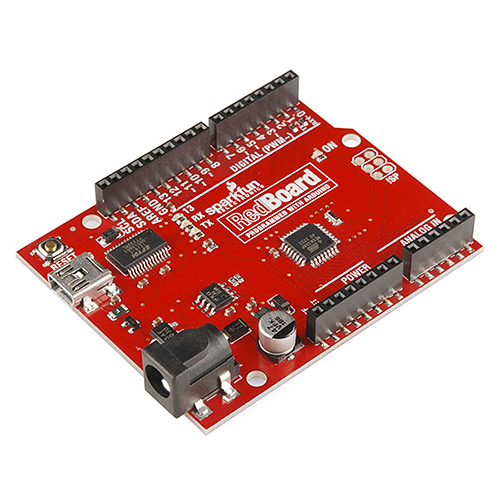 On May 2, in true Colorado fashion, we suited up in the midst of a spring snowstorm and voyaged out to the site of SparkFun's new headquarters for a ground-breaking ceremony complete with mini red shovels, snowball fights and champagne. 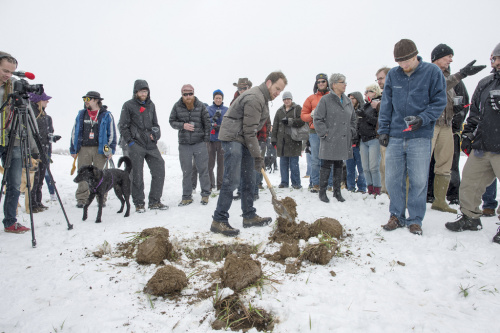 Nate takes DIY business to the next level.

Early in 2013 we bought a handsome, slightly-loved, 28-foot RV for our National Education Tour and decked it out, SparkFun-style. In May, we loaded it up with educators from our ridiculously hardworking Department of Education and set out to teach electronics across the country! The tour spanned eight months, 30 states and a whopping 23,663 miles. During the course of the tour we taught roughly 21 classes on the Pico Board Kit, 14 classes on the LilyPad Development Board Kit and a whopping 41 classes on the SparkFun Inventor’s Kit. 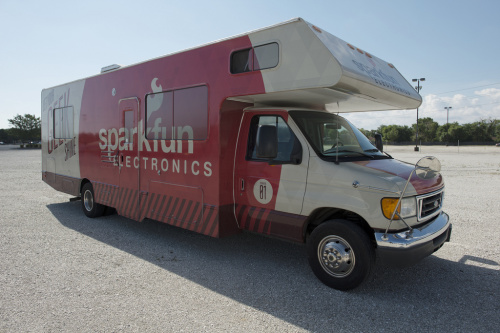 Our glorious vessel of learning 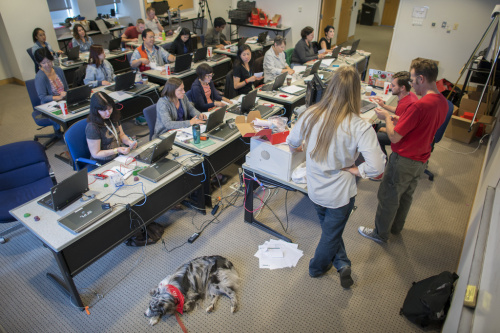 June was a big month for us. In addition to the ongoing tour, we hosted our biggest Autonomous Vehicle Competition yet! Last year, we realized we were quickly outgrowing our usual SparkFun parking lot location, and decided to hold the AVC at the Boulder Reservoir. It's a good thing we did, because we welcomed a record-breaking number of teams (87) and spectators (over a thousand), and brought quadcopters back into the competition. Next year's AVC is already in the works, and we're counting the days until June 21! 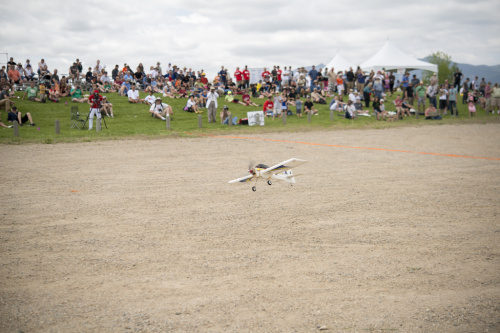 Miraculously, no planes or copters ended up going for a dramatic swim. NEXT YEAR. 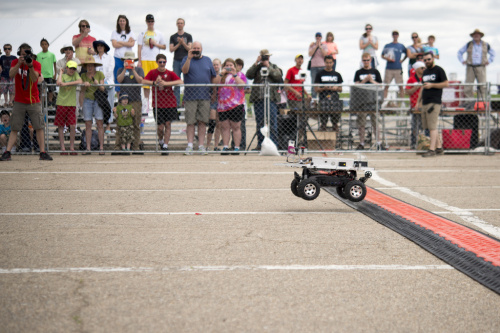 A 2013 ground vehicle passing the finish line with flying colors...get it? Flying...colors...

We also unveiled one of our strangest new products yet, designed by our Mech Engineer Paul: the Semi-Horned Oblong Versatile Eating Ladle, or as we like to call it, the S.H.O.V.E.L. Not your run of the mill spork, the S.H.O.V.E.L. has a spork body, a serrated knife, a bottle cap opener, and six feet of red paracord to wrap around its sturdy titanium body. And it's open-source! 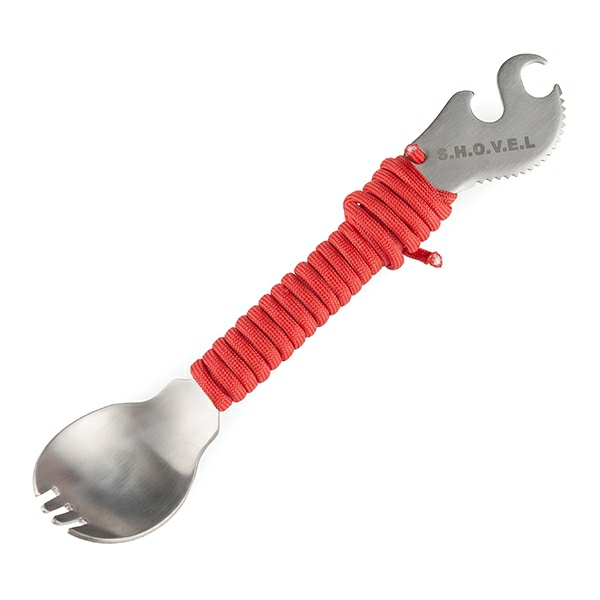 In July we celebrated the birth of our 3 millionth widget! Welcome to the world, little Pro Mini - we're very excited you're here. 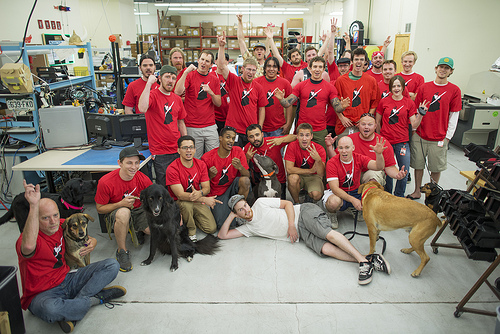 The Production team, celebrating in style.

In August, Nate was invited to DC testify to a subcommittee of the US House of Representatives, as an industry expert, on the pressures of copyright and intellectual property on businesses. He even put on a tie! He also wrote a very thorough breakdown of the hearing and his testimony. 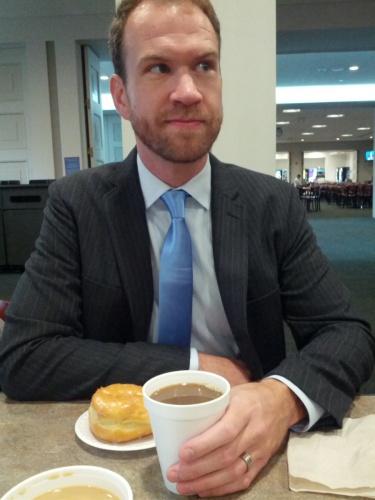 In late August we launched our Hackers-in-Residence program as a way to foster inventorship and strengthen the DIY electronics community we love, as well as provide access to the tools and resources we take for granted. So far, we've hosted five awesome hackers from around the country, with more on the way!

In September, Boulder and its surrounding counties were hit by record rainfall and flooding. While SparkFun's headquarters and employees thankfully escaped unharmed, the flood claimed four lives; destroyed homes, roads and buildings across the Foothills; and caused an estimated $2 billion in damage. It will take years for some of the damaged areas to fully recover, and we're thankful for the emergency workers and community volunteers who worked tirelessly to help out those affected. 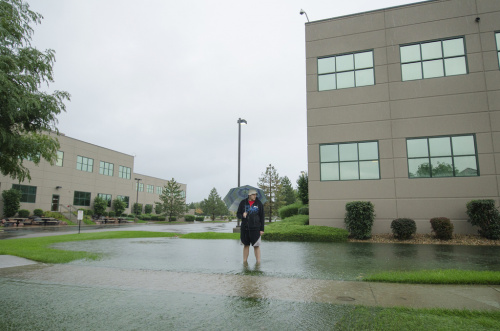 SparkFun was closed for two days during the flood. Our first "flood day," and hopefully our last.

In October, the US government went into a 16-day shutdown over budget issues, forcing 800,000 federal employees into furlough without pay. In our frustration, and in sympathy for those who suddenly found themselves with a lot of extra time, we decided to give electronics kits away to any federal employee who sent us a photo of their furlough letter. We ran the giveaway for the final six days of the shutdown, and sent out a total of 215 kits.

And in December, we sent the year out with a bang - 11 days ago we celebrated our biggest New Product Friday ever, with a whopping 438 new SKUs! We're excited to add Actobotics' product line to our catalog, and can't wait to see what robotics projects you guys come up with! 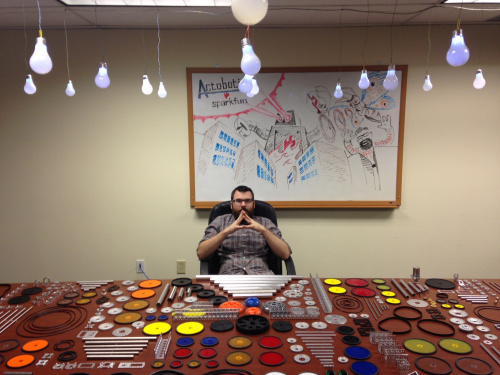 And that's a wrap! Thank you all for helping make 2013 our best year yet, we can't wait for what the new year will bring (our new home!), and we'll see you - with all your amazing projects, captions, support and suggestions - in 2014! 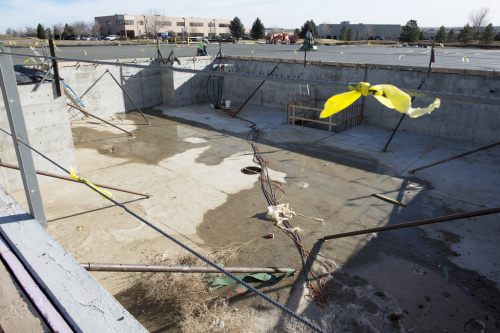 Enginursday: Bling in the new year!