Here are some tips and tricks for building with the Spectacle platform!

Last week, we launched a brand-new platform called Spectacle, which is exciting for a lot of reasons, not the least of which is that I finally get to play with the finished system! Spectacle is a sort of passion project for a few of us here at SparkFun, and it's really satisfying to sit down with a kit, fresh off the production line, and just start plugging things together. Today, I thought it'd be fun to write about a few tips and tricks for building with Spectacle, so let's dive right in!

"Button, button, who's got the button?" 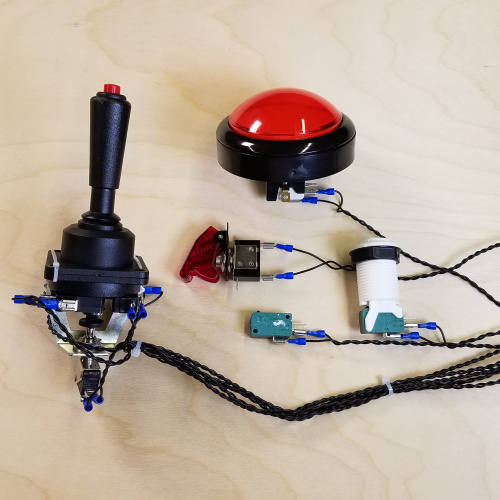 When we were designing the Spectacle Button Board, it was important to us that no soldering was required to connect buttons to a project. This was for two reasons: the first being that the fewer tools and skills that Spectacle requires you to have, the more you can focus on your project; the second being that Spectacle projects should be field-strippable, as there isn't always a soldering iron handy when part of a project gets damaged and needs to be replaced.

The solution we settled on was to populate the Button Board with poke-home connectors, allowing for a firm but removable connection. Any switch with leads already attached can be connected directly to the board, and to give you even more options, we've sourced pre-stripped wire leads with spade connectors on one end for connecting to a large variety of off-the-shelf switches. Here are a few switches from our catalog that are directly compatible with the spade connector leads:

It's the end of the world, and you need a button to press. This is it. A 100mm diameter (outside diameter) dome illuminated p…

This simple on-off switch is rated for 20A at 12V but who cares about all that, it looks way awesome. These toggle switches c…

This little round on/off toggle switch is rated up to 10A at 125VAC and can be panel mounted in a 20mm diameter hole. It'll a…

This is a 35mm concave momentary push button similar to the ones you find on arcade games. Simple screw in design. Perfect fo…

This is a 3-terminal microswitch, with a small push-button. This switch has a great 'clicky' sound to it, and a nice tactile …

This is a heavy-duty joystick very similar to the ones in [claw](http://en.wikipedia.org/wiki/Claw_vending_machine) arcade ga…

And we hope to keep expanding the collection. If you look in the wild, you can find a huge variety of switches with spade connectors, including key switches and water-level float switches! Even though the Spectacle kits all come with arcade buttons, don't let that limit your imagination because there are plenty of options available.

Cord Keepin' and Board Stackin' 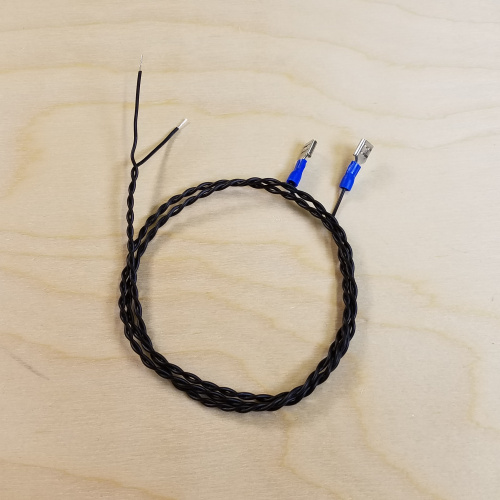 Speaking of those spade connector leads, you'll notice that the one shown above is a little tidier than standard. I've found that it's much easier to keep everything straight if I twist the switch leads together using a power drill, as is beautifully demonstrated in this Hot Tips video:

Another good way to keep things tidy (where space permits) is to stack your Spectacle boards together using metal standoffs. You'll also notice that I've coiled the connecting cables so they aren't flopping around all over the place. I can see these little stacks of boards being handy for installation works like haunted houses, escape rooms or stage dressing where discrete light and sound stacks might be mounted in different places and chained together with longer runs of cable. The only board that doesn't currently fit the standard footprint is the Button Board, but I can see people having a use for a smaller Button Board in the future so don't count it out forever. 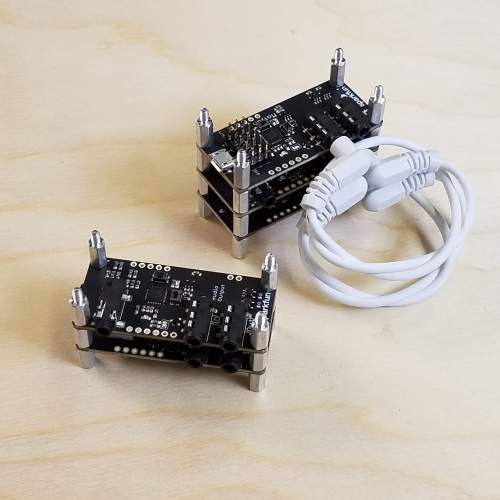 Servos with a Smile

Just as you shouldn't be limited in button selection, you should have a wide choice of servo motors to connect to the Motion Board. The Motion Board should be able to control any standard hobby servo, as long as you provide enough power to operate it. In the picture below, you can see a few different sizes of hobby servo, from the sub-micro size on the left to the 1/4 mega-scale on the right. There are servo motors even smaller and larger than the ones shown here. 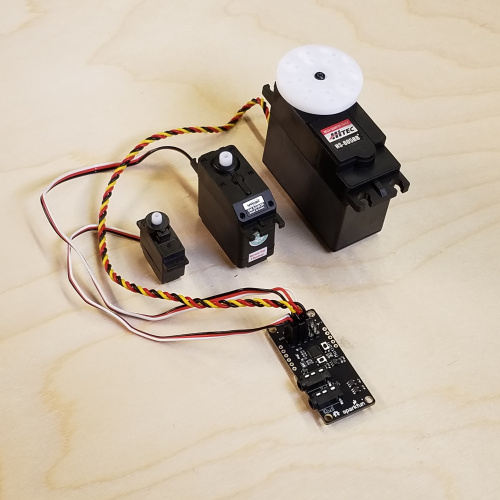 In fact, servos aren't the only things that respond to servo control signals. The RC hobby market has churned out some really unique components designed to trigger on servo signals. For instance, it's not at all uncommon for the smoke systems on RC airplanes to be servo-controlled! Also, while the Motion Board in the Spectacle App currently has "actions" geared toward standard servos, you can totally connect continuous rotation servos instead. Continuous rotation servos can turn all the way around, not just 180 degrees, and adjust their speed and direction of rotation based on the servo input. What a normal servo would understand to mean "go to 0°" a continuous rotation servo understands as "stop"...likewise, a command to go to 90° or -90° results in full-speed forward and backward rotation, respectively. This trick really comes in handy for projects like... 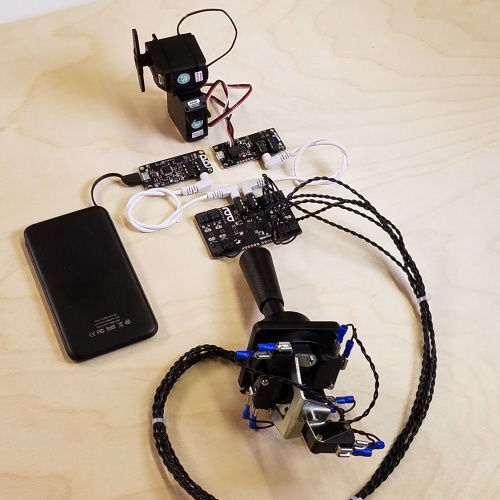 When working a puppet, an animatronic prop or a really cool piece of costume, it can be handy to manipulate parts of the piece remotely using a joystick or a waldo. I thought it would be really cool if Spectacle could enable this kind of interaction, and it turns out to be pretty easy! All I've done here is connect a pair of continuous rotation servos to a Motion Board, which is controlled by a Button Board to which I've connected an arcade joystick. Check out the video of it working:

Not bad at all, in my opinion --- especially when you consider how little time it took to assemble. If you want to build this functionality into your project, feel free to check out the Spectacle Script:

While there's always room for improvement, I'm really pleased with how easy it is to build fast, functional projects with Spectacle. What I didn't expect was how much fun it is to just brainstorm projects. The process of plugging, configuring, testing and repeating is quick enough that it doesn't feel discouraging when something doesn't work exactly the way you hoped. You can just tweak a few things and try again! I'll definitely be using Spectacle in some of my future projects, and I'll also be thinking of additions to the ecosystem and application. I can already tell that a smaller Button Board is in order and perhaps some method of DMX control for theater applications. ...But that's a topic for another day.

What do you all think? Please share in the comments below.