We're in the home stretch - help us spread electronics education across the country!

Update: Well, we all gave it a valiant effort. But sadly, our National Tour Kickstarter did not get funded. Ultimately we raised $61,018. While we were a long way from our goal, the fact that the SparkFun community pledged this sum of money is nothing short of amazing. We still have some great educational endeavors planned for 2013 which we'll announce at a later date. Look for a summary post about the Kickstarter next week. Once again, thank you to all those who contributed or spread the word!

Today is the final day for the SparkFun National Tour Kickstarter. As it stands, we have raised nearly $60,000 and only have ~5 hours to go. While it looks like we will fall short of our goal, we're not ready to throw in the towel just yet! 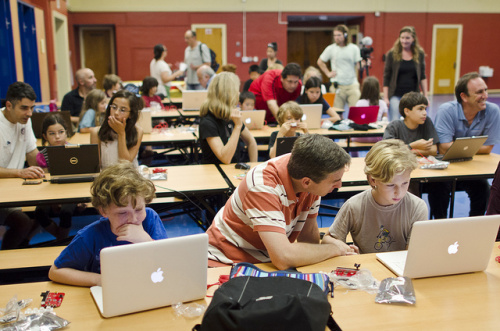 First off, yet another heartfelt thank you to all that have donated or spread the word. Although we still have a long way to go for our goal, $60,000 raised thus far is nothing to scoff at. Thank you all for your generosity! 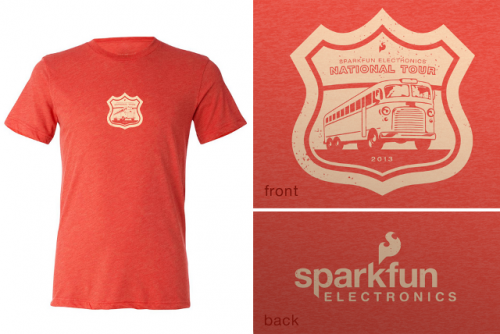 Check out the National Tour t-shirt!

If you want to donate, there is still time! Head over to the SparkFun National Tour Kickstarter page and check it out! There are a number of great backing levels, like a Special Edition SparkFun Inventor's Kit and an awesome National Tour t-shirt. Thank you again - and let's make one final push!